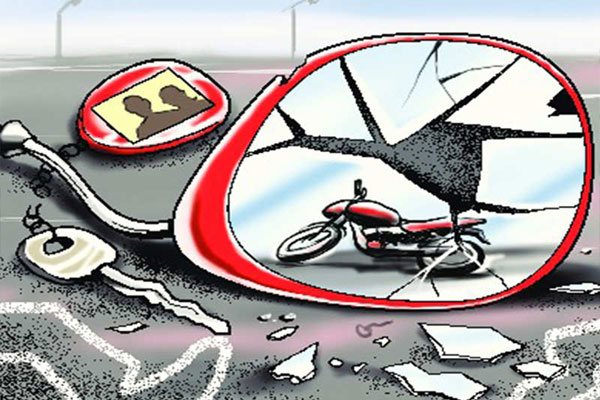 Brajarajnagar: When people across the country were immersed in Diwali celebrations, tragic struck a couple from Banaharpali area in Jharsuguda district today afternoon.

Rama Krusha Saa and wife Sarita Saa from Sapali village under Banaharpali police limits riding a two-wheeler were run over by a truck coming from opposite direction. The couple was returning from Katarbaga School where their daughter has been studying.

On the occasion of Deepavali, the couple had gone to the school to meet their daughter and give her sweets.

While returning home riding the motorcycle, the couple was hit by the truck near Sahasabaga Chhak on NH-49 at round 3 PM. The couple died on the spot.

The road mishap flared up resentment among the locals who detained the truck driver and called the vehicle owner to the spot. Subsequently, the locals blocked the national highway while keeping the bodies on the road. They demanded compensation for the family of the deceased.

Vehicular traffic on the NH-49 was disrupted due to the road blockade and senior police officials held talks to pacify them.