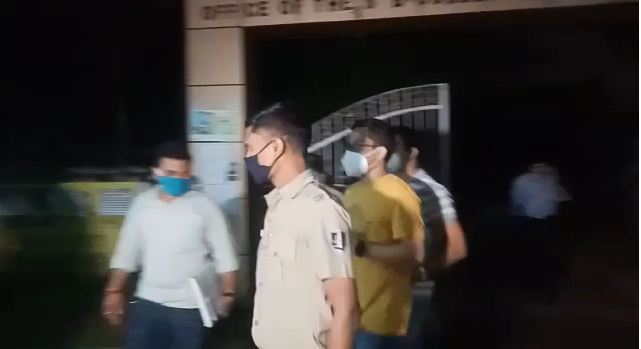 Bhubaneswar:  A midnight hearing was held at Bhubaneswar Sub-Divisional Judicial Magistrate (SDJM) Court to decide whether Army Major Soumya Ranjan Pati, accused in dowry torture case lodged by his wife, will be sent to Jharpada jail here or the Army custody.

As the hearing could not be held through video conferencing, the Judge visited the SDJM Court at 10 PM and the hearing  continued till 1.30 AM. After the hearing, the Judge pronounced that accused Soumya Ranjan Pati will be lodged in Army custody.

Earlier yesterday, the Mahila police here arrested the Army Major, a resident of Nayapalli area, on charges of torching his wife for dowry. He has also been accused of attempting to murder his wife. A case has been registered at the police station under Sections 498 A, 323, 307, 326, 120b, and 34 of IPC and Section-4 of DP Act.

In the complaint, the Major’s wife alleged that he had been torturing her both mentally and physically demanding lakhs of rupees as dowry. Moreover, he had allegedly threatened her to shoot her to death if she doesn’t bring the money from her parents.

Though the matter was settled mutually earlier, Soumya Ranjan continued torturing his wife. With no option left, the victim sought the help of police. Following the complaint, police served a notice to the Army Major but the latter did not respond. Yesterday, the Mahila police arrested him.