After years of wait, the elderly couple had given up hope and performed 10th day death ritual of their lost son. 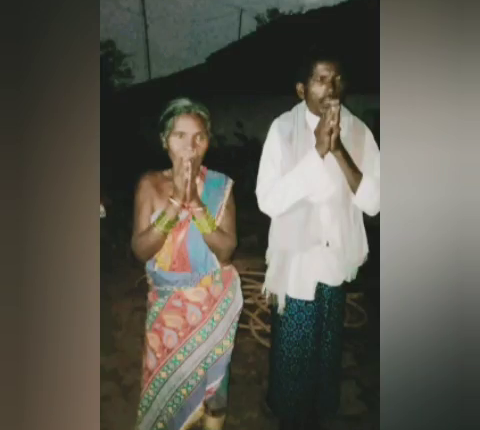 Nabarangpur: While the entire world has gone for a pause due to the deadly coronavirus, it has, on the brighter side, certainly brought a new ray of sunshine for a family in Odisha that was living in darkness for the last 15 years.

In these years, an elderly couple- Amruta Majhi and Dhanabali Majhi, of Dalabeda village under Chandahansi block in Nabarangpur district had never ever imagined that someday they would get back their lost son, whom they believed to have died as he went missing and did not return to the house for years.

In fact, after a long wait, the couple gave up hope and performed the 10th day death ritual of their son Bhubane Majhi.

Tears of joy rolled down the eyes of the elderly couple when they received a video call from their son a few days ago with the help of Dalabeda Sarpanch Sasmita Majhi. It was then, they realized that their son had left the house in search of work 15  years ago and was working in a private company in Ahmadabad of Gujarat even since. He came to notice after Odisha Government initiated talks with Chief Ministers of different states for safe return of people from the state stranded outside due to the lockdown.

The youth later contacted Nabarangpur MLA Ramesh Majhi and appraised him about the entire matter. The legislator later brought it to the notice of Dalabeda Sarpanch, who coordinated the process for a video call between Bhubane and his old parents.

However, mandatory documents prescribed by the Odisha Government for return of stranded Odias are now acting as a barrier for Bhubane to meet his family.  Since the youth does not have proper residence proof of Odisha, he is facing difficulties in returning to his hometown.

Meanwhile, the hapless parents have pleaded the district administration as well as the state Government to take necessary steps to help them get back their son.

Fight against Covid: Over 50 lakh vaccinated in Odisha so far