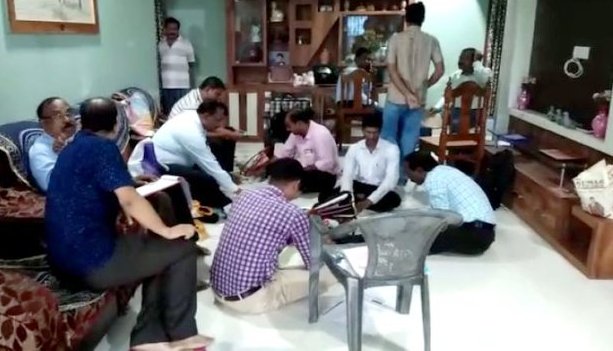 Balangir: Vigilance sleuths today raided the office and houses of the Manager of Balangir District Cooperative Central Bank (DCCB) on charges of acquisition and possession of property disproportionate to his known sources of income.

Under the direction of Sambalpur Vigilance SP, separate teams of the anti-graft wing conducted simultaneous raids at four places associated with the bank manager Ashok Mohapatra this morning. The four places included his chamber in the bank here, a house near Bolangir RTO, ancestral house in Malpada area and his daughter’s house in Bhawanipatna.

The exact amount of disproportionate assets that the banker has possessed will be ascertained after completion of the raids, said a Vigilance official.

Mohapatra, who will reportedly retire from  his service next year, said, “I recently constructed a house by taking Rs 50 lakh from SBI and Rs 3.5 lakh from Andhra bank. Regarding cash, it is normal to keep Rs 15,000 to Rs 20,000 for everyday household expense.”