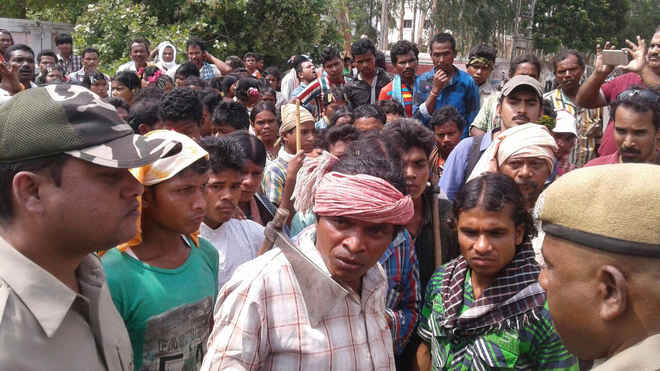 The agitation was led by Niyamgiri Suraksha Samiti president Lad Sikkaka and vice president Dadhi Pushika. The tribal representatives of all 132 villages of Niyamgiri hills staged demonstration in front of the SP police for the tribals, who have been arrested being suspected as the Maoists.

They alleged the police of taking the innocent triabls forcefully during the weekly market. Subsequently, the police arrest them claiming them as the Maoists.

BJP credits Modi for UP victory

BJP set to sweep back to power in UP; setback for SP, Congress, BSP