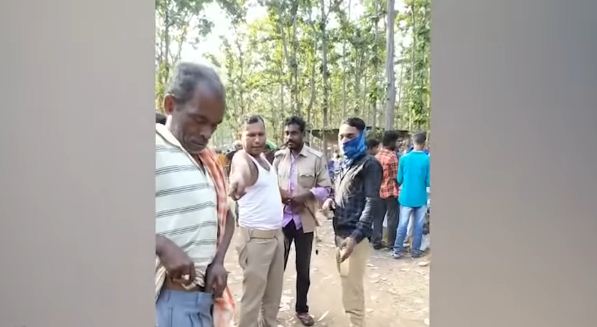 Baripada: An Odisha Auxiliary Police Force (OAPF) constable was suspended after a video of his misconduct in public in a drunk condition surfaced on social media and went viral.

Nayak was reportedly deployed at Hingula Puja in Badasahi. However, he was seen in an inebriated state during duty hours. The constable also took off his shirt and scolded locals.

As the video made rounds on social media and the matter came to fore, the SP took action against the constable by suspending him.