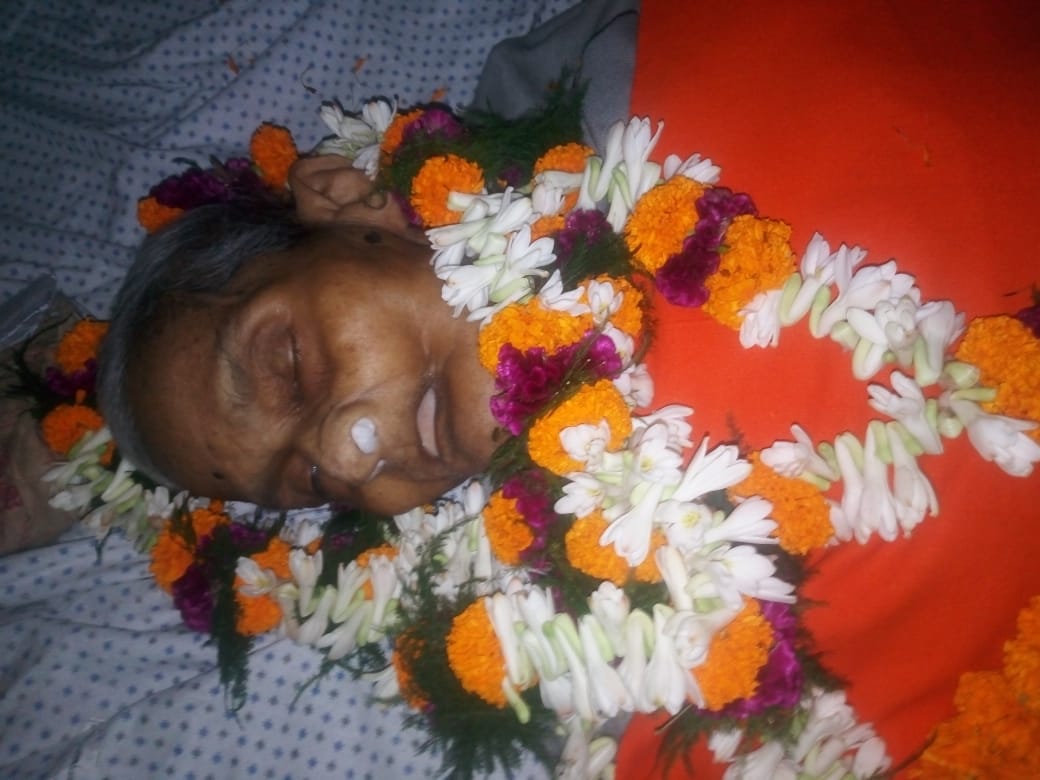 Bhadrak: Eminent freedom fighter Goura Chandra Mohapatra passed away here after a prolonged illness. He was 104.

He breathed his last at Bhadrak district headquarters hospital at 5.40 pm. He was married to Mira Devi and had nine sons; four daughters. One of his sons Prabhukalyan Mohapatra is an Odisha-based journalist.

He was the son of nationalist poet Kantakabi Laxmikanta Mohapatra.

During freedom struggle, he was imprisoned several times and was the youngest prisoner lodged in Berhampur Circle Jail in 1942.

“As a true Gandhian, he had dedicated his entire life for promotion of Gandhian values and dedicated himself for social upliftment. In his death, we lost one of the last pillars of freedom movement. I convey my deep sympathy to the bereaved family,” Patnaik said.

While condolence messages poured in from people belonging to various walks of life, BJD MP Bhatruhari Mahatab also condoled the death of the veteran freedom fighter.

“Very sad to learn about the demise of eminent freedom fighter Goura Chandra Mohapatra. He was not only a literary person and educationist but also a social reformer and organisational man. During my stay in Bhadrak and latter because of his involvement with Odisha Freedom Fighters Samity, I have come in close contact with him and his family. I pray his soul rest in peace. I share my grief with Gurukalyan and Prabhukalyan and their family,” Mahatab expressed.