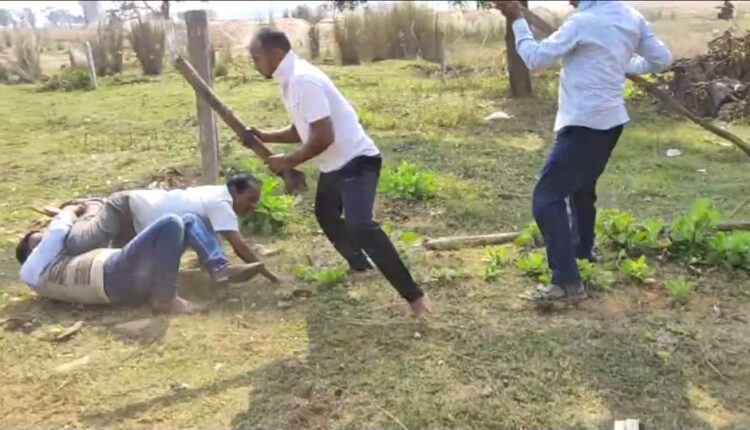 Anandpur: In a bizarre incident, an Executive Engineer was attacked and beaten up badly during a field visit to a village in Odisha’s Keonjhar district to realise pending bills from consumers.

The Executive Engineer of Nesco, Chittaranjan Mistry sustained severe head injuries in the attack by a villager in Hatadihi area under Nandipada police limits. He is undergoing treatment at the Anandpur Sub-Divisional Hospital in critical condition.

Mistry along with his team visited the house of a woman electricity consumer, Basanti Mohapatra located on Anna Chhak Canal Road to collect pending electricity bills. While the Executive Engineer was talking to the woman consumer’s husband, her son suddenly attacked the official with a wooden plank.

Even though Mistry’s team members tried to overpower the woman’s son, the attacker beat up the Executive Engineer repeatedly causing severe head injuries to him.

A police complaint has been lodged at the Nandipada police station in connection with the incident.