Odisha expresses solidarity with mission to save rhinos 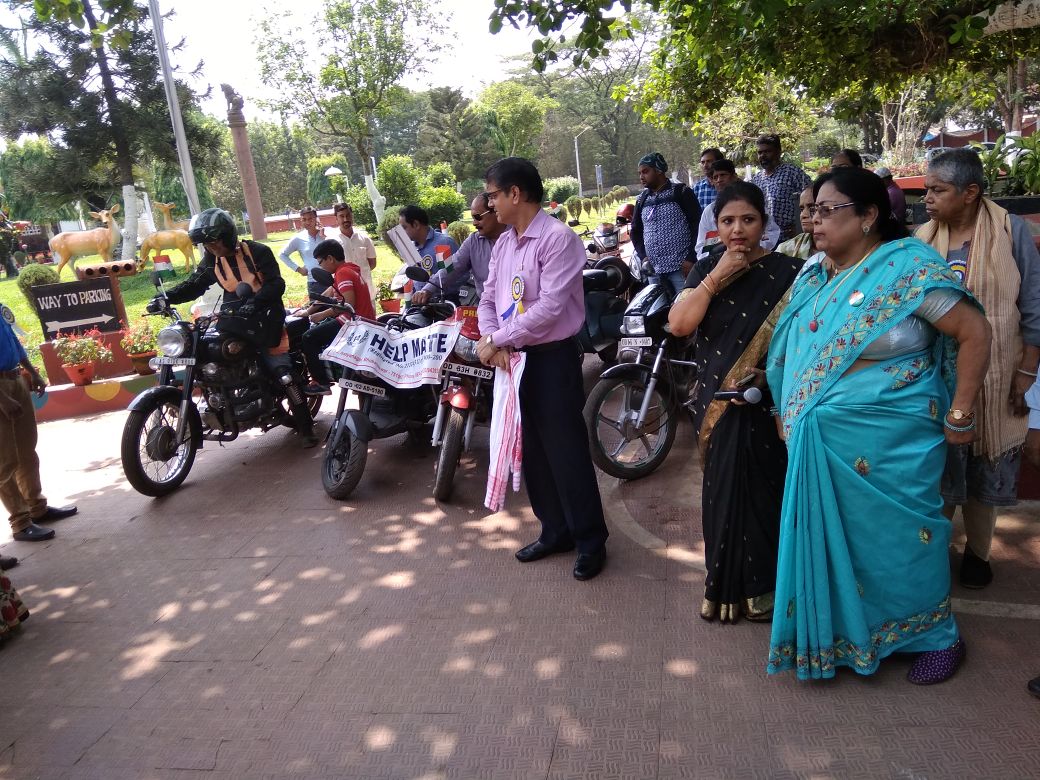 Bhubaneswar: Julin Boruah took to the road for spreading awareness against rhino poaching. Travelling through Assam and Ranchi, he reached Odisha a couple of days ago.

After a brief halt in Puri, where State Minister for Scheduled Tribes and Scheduled Castes Development Ramesh Majhi expressed solidarity by flagging off his one-man rally, he reached the Odisha capital.

“I had a conversation with the Minister regarding wildlife conservation in Odisha since there are numerous reserves and sanctuaries here,” said Boruah, who also runs an NGO, Nature Care and Tourism Education Foundation in Assam.

This initiative gains prominence against the backdrop of the recent death of the last male northern white rhinoceros. Sudan died at the age of 45 in Ol Pejeta Conservancy zoo in Kenya on March 19.

The rhino was an ambassador for his species and became something of anti-poaching figure.

Poaching has taken its toll on rhino population. Asian species of rhino too have suffered, with only 3,500 Indian one-horned rhinos left in Nepal and India. Kaziranga National Park in Assam is home to 1,855 rhinos.

Boruah said only five species of rhino are left. “They are the only animals from the Jurassic World. The death of Sudan is like a alarm bell and we need to act now without any delay to protect the pride of India,” he said.

Rhino horns, used in some Chinese medicines and crafts, are some of the most lucrative animal parts of the illegal wildlife market.

“During the initial days, I had carried out a rally with posters and placards and people showed immense interest in knowing about the one-horned rhino. It was this that promoted me to take this ride,” he said about his pan-India Save Rhino Awareness Campaign.

Through this rally, he not only wishes to fight poaching but also wants to create an awareness on how important wildlife is.

Odisha capital too responded positively to Boruah’s mission and more motorcyclists joined him during the flag off at the State Museum this morning as he continued his onward journey with Visakhapatnam as the next stop.

Nibedita Bhanja, Secretary of Helpmate organization, which organised the event here, said there couldn’t have been a better start to Utkala Dibasa than this. “When we got to know about Boruah, we came together for a flag off event today, so that we can help promote his noble cause,” she said.