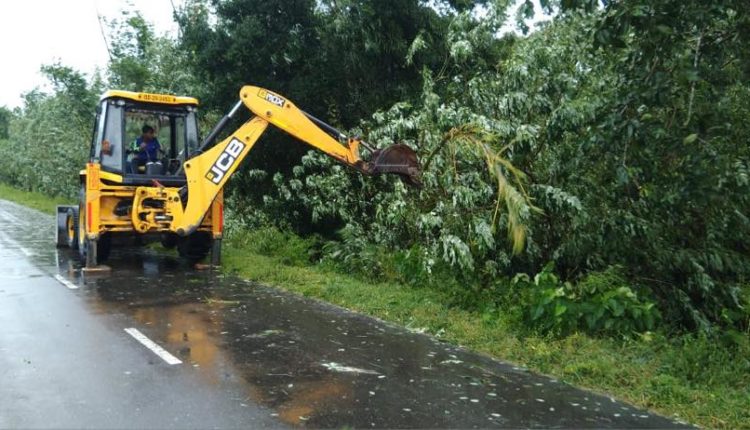 Bhubaneswar:  Odisha Chief Minister Naveen Patnaik came forward on Thursday to provide all possible assistance to West Bengal, which has been ravaged by Cyclone Amphan that killed at least 72 people and left a trail of destruction in the state.

A day after the extremely severe cyclonic storm rolled past the Odisha coast and made landfall in the Sunderbans, Patnaik expressed deep grief at the loss of lives and massive damage to property caused by the calamity in West Bengal.

He directed the chief secretary to remain in touch with his West Bengal counterpart and ensure all possible assistance to the neighbouring state, an official statement issued by the chief minister”s office said.

“The people of Odisha stand with the people of West Bengal at this hour of crisis,” Patnaik said.

While the cyclone caused minimal damage to Odisha as it passed along the state coast on Wednesday, it inflicted extensive damage in vast areas of West Bengal.

Amphan is considered to be the second major cyclone in the Bay of Bengal after the super cyclone of 1999, which had claimed around 10,000 lives in Odisha and devastated vast areas in the state.

Earlier in 2018, Odisha had rushed men and resources to the southern state of Kerala, which was severely hit by floods.

The rescue-and-relief teams from Odisha actively took part in the rehabilitation and resettlement of the flood-hit people in Kerala.