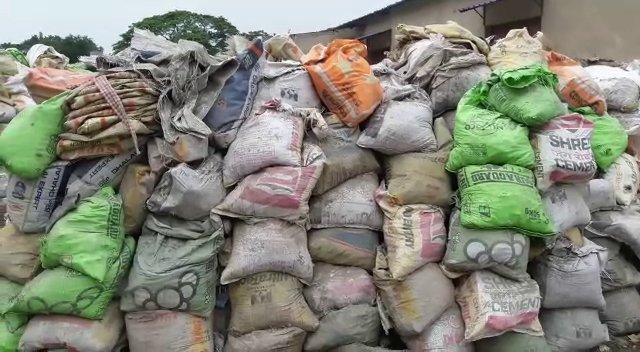 Seven workers, who were working in the factory have been detained, police said.

The police also seized over 340 bags of fake cement kept in the factory and some equipments used for manufacturing it.

The fake cement manufacturing unit was located in Peer Bazar under Sadar police limits in the district and sources said it had been running here for the last few years.

Acting on a tip-off, the police reached the spot when the workers were loading the packets in a truck meant to sell it to a wholesaler.

Police sources said that the accused used to manufacture product and pack it in bags with logos of different reputed companies and then sell it at reduced price to wholesalers and shops.

The raid team also got several empty bags of leading cement companies from the factory premises.

The owner of the factory is absconding, sources added.

Similarly, a fake cement factory running at the Jagatpur Industrial Estate in the district was busted in May this year.

Odisha to set up Science Park in districts!