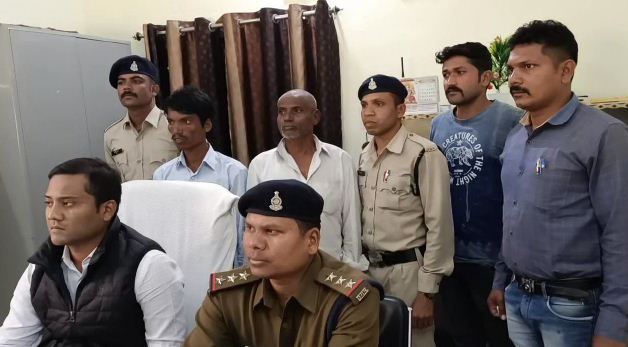 Bhawanipatna: Chhattisgarh police have arrested a person and his son hailing from Odisha’s Kalahandi district for allegedly killing their family member and dumping the body in the neighbouring state, police sources said today.

The accused have been identified as Baladev Sunani (47) and his son Bhagat Sunai (28) of Lachipur village under Dharmagarh police limits in the district.

According to reports, a land dispute was prevailing between Baladev and his elder brother Tapra Sunani (55). On the fateful day, the father-son duo attacked Tapra and strangled him leaving him unconscious.

Later, they took him to Thirliguda in Chhattisgarh on a motorcycle and crushed his face with stone leading to his death on the spot. The body was recovered by Chhattisgarh police on January 10.

The accused came under police scanner during investigation due to variation in their statements. The two have been arrested and forwarded to court.