Bhadrak: After three more COVID-19 positive cases were detected from the Basudevpur area in Bhadrak today, the district administration today declared nine villages under the block as containment zone  to break the chain of transmission of the deadly virus.

The nine villages declared as containment zone include 4 villages from zone-I of Basudevpur block, 2 each from zone II & III and 1 village from zone IV. 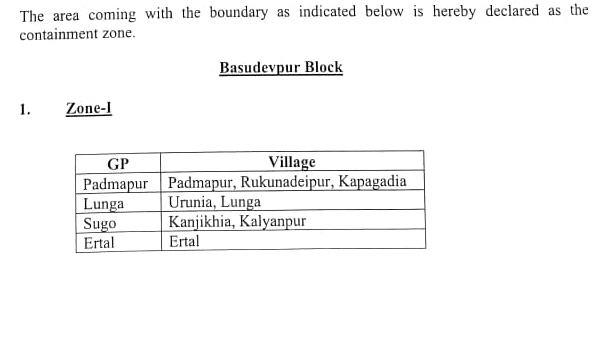 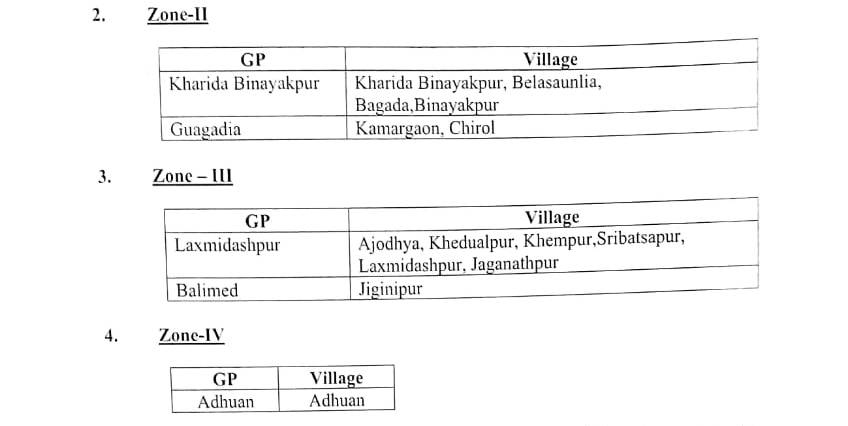 With this, movement of public has been strictly restricted in the zone. All shopping establishments will continue to remain closed while  supply of essentials and medical requirements will be ensured through various teams formed by the district administration, reads the order issued by district Collector.

So far, eight positive cases of COVID19 have been reported in Bhadrak district and all patients had travel history to other parts of India. To contain any possible spread of the virus, it is necessary to declare the affected area as containment zone and restrict public movement, said Collector Gyana Das.

The district administration warned that any violation of the order will entail prosecution under the penal provisions of Disaster Management Act, 2005 and IPC.