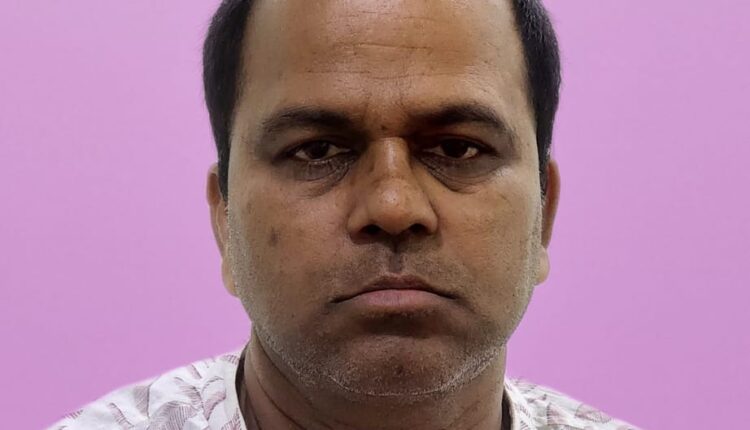 Bhubaneswar: Odisha vigilance has arrested Rajat Kumar Routray, ex-nazir of Jajpur tahasil who was absconding since 2016, for his involvement in irregularities & misappropriation of government fund to the tune of Rs 4.95 crore, a vigilance official said on Thursday.

The financial irregularity was noticed during an audit conducted by a special team of Board of Revenue, Odisha, in 2016. On the basis of audit report, vigilance had initiated inquiry into the case.

It found that the nazir was involved in the fraud during the period from April, 2006 to April, 2016 in connivance with other officials of the Jajpur Tahasil, said Akshya Kumar Mishra, vigilance SP (Cuttack division).

When his involvement in the case came to fore, Routray had absconded. He had cut all contact with his family and close relations and remained untraceable all these years, by changing his name and identity, and frequently changing his address and mobile numbers, said Mishra.

However, he said, a month back a special team was formed by Odisha vigilance to trace and nab the nazir who was found to be the kingpin of the case. Following sustained efforts, in an early morning raid on Thursday he was found in a rented house at CDA, Cuttack along with his second wife.

When the vigilance team reached the house, Routray and his wife locked themselves inside and the nazir climbed a dark narrow pipeline passage going from the kitchen room and hid himself under the terrace.

The vigilance officials broke open the door and after a thorough search managed to trace him hiding in the hole, said the official.

Notably, Routray has already been dismissed from service by the Odisha government following registration of this case.