Odisha: Former Malkangiri MLA back in BJD after brief stint in BJP 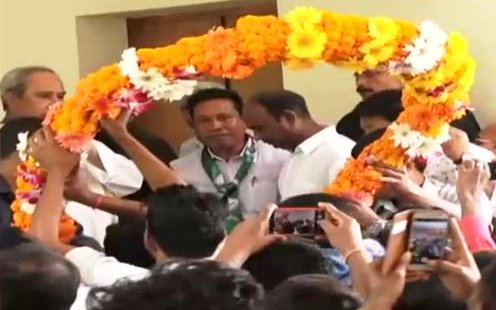 The former legislator joined the BJD in the presence of party supremo Naveen Patnaik here this morning.

Sodi had sent his resignation letter to the BJP state president Basant Panda and the district president Ashok Kumar Panda stating that he resigned from primary membership and all posts of the party.

Worth mentioning, the tribal leader was denied ticket to contest election from Malkangiri assembly segment in 2014.

Sodi had quit BJD on January 18, 2017, ahead of panchayat elections.