Odisha: Ganja worth over Rs 3 lakh seized from rented house; 20-YO boy among two held 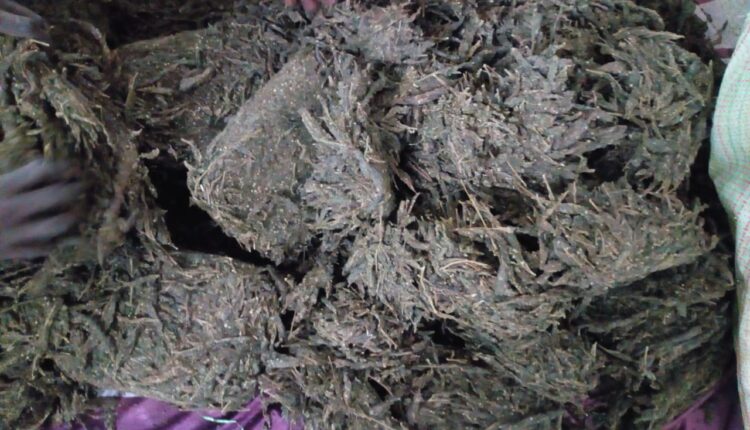 Baripada: Busting a major ganja smuggling racket running from a house, police arrested two smugglers, including a 20-year-old youth and seized a huge cache of cannabis worth over Rs 3 lakh from their possession at Shyamanandapur village under Rasgovindpur police limits in Mayurbhanj district today.

Acting on a tip-off, police raided the house of businessman Rabindra Kumar Dey (50) and detained Raftaq Ali (42) and Mihir Biswal (20), who were running the illegal trade of cannabis staying in the house on rent. When police reached the house, the two were replacing number plate of a SUV in front of the house.

The cops later seized the SUV, ganja weighing Rs 61 kg, Rs 20,000 cash and three mobile phones from their possession. The cops also detained the house owner. During interrogation, Rabindra alleged that he had given the house on rent to Raftaq Ali, who later opened a  wielding shop.

The vehicle had two number plates- one with registration number of Odisha in the front and another of West Bengal in the rear. Police have begun further investigation into the incident suspecting involvement of more persons in the racket.

2 killed, 3 critical as motorcycles collide in…