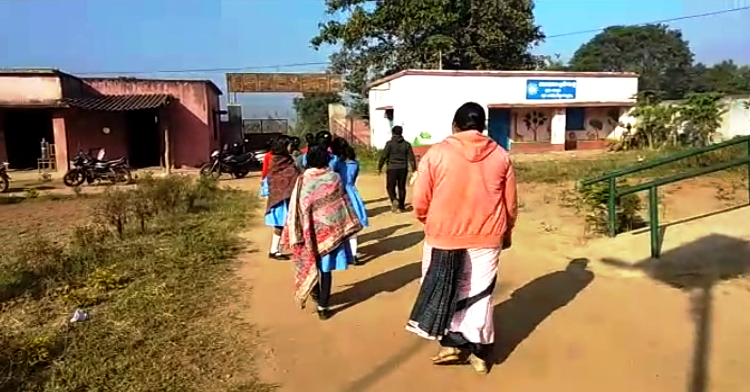 Keonjhar: A group of girl students of a state-run school in Joda area of Keonjhar district left the hostel last night and took shelter in a nearby village after being allegedly misbehaved by the school Headmaster.

The incident has been reported from Balada Government Upper Primary School in Joda area of the district.

As per the complaint, Headmaster Baneswar Patra has been misbehaving with many girl students of the school in an inebriate condition. He also engages the girls in various works in school and hostel campuses. Last evening, he once again misbehaved with the students in a drunken state. Moreover, he asked the girls to meet him in his room after dinner.

Fearing any kind of unpleasant situation, as many as 15 girl students left the hostel last night and took shelter in a house close to the school. On receiving information, Bamebari police reached the spot and rescued them. The distressed girls were handed over to a woman teacher of the school. The cops also detained the accused and are interrogating him in this connection.

Taking stern action against the Headmaster for his alleged offence, Block Education Officer (BEO) today suspended him from the job.