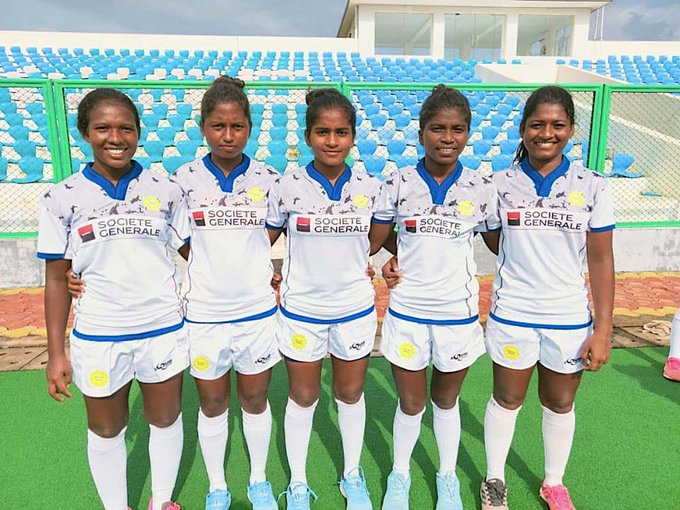 Bhubaneswar: The Indian women’s team yesterday had to settle for a bronze medal at the Asia Rugby U-20 Women Sevens Series in Vientiane, Laos.

The Indian eves beat Singapore 26-12 to secure the third spot.

Lachmi Oraon opened the scoring in the third place play-off with a penalty try before Sweety Kumari once again showed her impressive speed to increase India’s lead.

Kumari, with her seventh try of the weekend, and Sandhya Rai confirmed the victory with further tries in the second half.

Odisha girls put up an impressive performance at the two-day event. Parbati Kisku showed great pace to give India a first win of the day over Singapore for them to finish third in the pool. Nayak and Kumari’s fifth tries of the weekend also added to India’s victory.

The team was trained for three weeks at the Indian National Training Camp held in Bhubaneswar from 1st August to 22nd August. The national training camp was fully supported by the Sports and Youth Services Department, Govt. of Odisha.

The players were shortlisted to join the Indian National Training Camp during the Societe Generale Junior Nationals and Senior Nationals Rugby 7s Championships held in Chandigarh and Patna respectively.