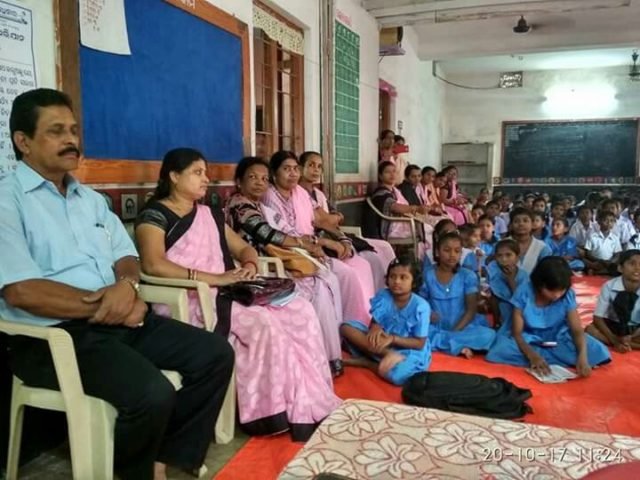 Bhubaneswar: In a significant development that would benefit junior teachers, Odisha Government has allowed regularization of 9665 eligible teachers as elementary teachers in Grade- V (A)  after completion of their six years continuous service.

School and Mas Education Department Additional Secretary Raghuram R Iyer has written a letter to the Director of Elementary Education in this regard.

“As there is no existing vacancy in Level-V(A) grade of the cadre, the Government has been pleased to allow regularisation of 9965 Junior Teachers as Assistant Teacher, Level-V (A) in 30 districts of the state under non-plan scheme of respective Zilla Parishads by invoking the provision of Rule 62 of Odisha General Financial Rules (OGFR) to adjust the said Junior Teachers against the vacancy available for Graduate Teacher posts for drawal of regular salary as a temporary measure for six months with effect from the day following the date of completion of six years of continuous service as Sikshya Sahayak/Junior Teacher,” the letter reads.

1. The service conditions including scale of pay, provision of Pension and other service benefits etc. of such teachers shall be as per the provisions laid down in the Department Resolution dated on November 9,  2009 read with Rule-5(b) of Odisha Elementary Education (Method of Recruitment and Conditions of Service of Teachers and Officers) Amendment Rules, 2019.

2. As per the instructions issued on October 6, 2012 on appointment as regular primary school teachers, they will be entitled to receive the differential amount of pay (i.e salary-remuneration) for the period beyond six years till date of issue of regularisation order.

3. The period of absence, if any, by any Junior Teacher during his/her period of service during the total period i.e Junior Teacher (Contractual) (erstwhile Sikshya Sahayaks) /Junior Teacher, beyond the leave as admissible which is with due information of the competent authority shall be deducted from his/her service and the date of regularisation will be extended for equal days/months and he/she will be regularised after expiry of the said period. If anybody remains absent without notice of the competent authority, in such cases, they will not be regularised until obtaining clearance of the department.

4. In no case, the untrained and Junior Teachers not having OTET qualification will be regularised.

5.Before, regularisation of the Junior Teachers, the concerned DPC, SS will ensure genuineness of the academic/ training and caste certificates as submitted by the Junior Teachers at the time of engagement and the same have been verified as instructed by the department on June  27, 2019

6. Any District having insufficient number of vacant posts in the grade of Level-IV will intimate the exact number of posts required for regularisation, to the Director, Elementary Education for obtaining further permission.

7. Steps may also be taken to effect promotion from the feeder grades to fill up the Graduate Teacher post and thereby create vacancy at the Asst. Teacher, Level-V (A) stage within a period of six months. Further progress in the matter may also be intimated to the Department within the said period for taking necessary action as required, if any.