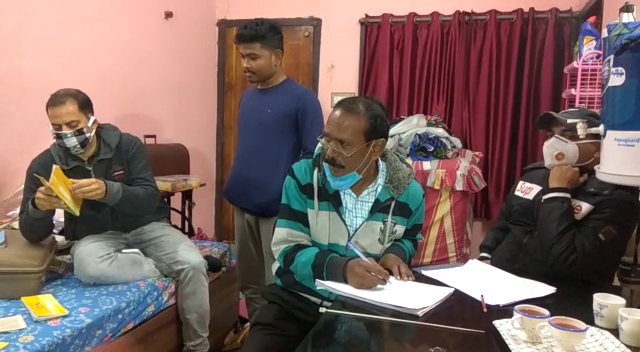 Balangir: Vigilance officials today raided the office and residences of Jibadish Patra, a Tracer at the office of Balangir Special Planning Authority on charges of acquisition and possession of property disproportionate to his known sources of income.

On the strength of search warrants issued by Balangir Special Vigilance Judge, separate teams of the anti-graft wing, Sambalpur Division raided Patra’s residence in Balangir town, the office of Special Planning Authority, a residential house of his relative and native house at Sikhabehenga in Balangir district .

During the search, huge cash  amounting to Rs 1,47000 has so far been recovered from his house. However, the exact amount of disproportionate assets that the Government employee has possessed will be ascertained after completion of the raid, said an official.