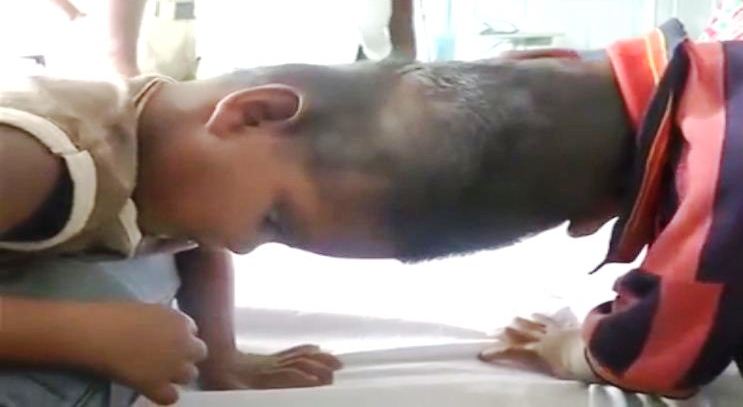 Bhubaneswar: After regional media highlighted the plights of poor parents unable to get their conjoined twins treated, Odisha government today came forward to provide succour to the family members.

The state government announced to provide all medical assistance needed to get the conjoined twins operated at AIIMS, New Delhi.

“Kandhamal district administration will fund the treatment of the twins at Delhi. We will initiate steps for early treatment,” Health and Family Welfare Minister Pratap Jena said.

This apart, Health Secretary Pramod Meherda also took to Twitter to extend all support to the family.

“Spoke to Collector and DM, Kandhamal. We will ensure all necessary financial help is provided to the family for treatment of the twins,” Pramod Meherda tweeted.

In wake of the development, Kandhamal Collector Brunda D said: “The case was referred to Sishu Bhawan in Cuttack. There, the doctors have advised to seek opinion from doctors at AIIMS, Delhi. The district administration has already provided Rs 35,000 to the family of the conjoined twins. Besides, free transportation, medicines, ambulance service have also been provided to them. The family has been communicated regarding treatment at AIIMS. A volunteer will accompany them to Delhi.”

Notably, the twins – Honey and Singh – from Milupada village in the district were born to Bhuban and Pushpanjali at Phiringia Public Health Centre (PHC) on April 9, 2015.

The duo was today admitted to the paediatrics ward of District Headquarters Hospital (DHH) for treatment as they are suffering from fever.

Worth mentioning, the twins were taken to SCB Medical College and Hospital when the infants were only 24-day-old.

“We stayed in Cuttack for over four months and then returned to our village as we exhausted all our finances. The doctors had advised us to take our children to AIIMA. Without money and support, how can we go?” Bhuban Kanhar, father of the twins asked.

Here’s an appeal from Ministry of Railways to…