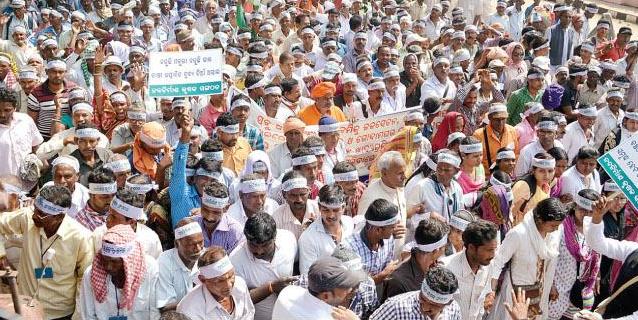 Bhubaneswar: The Odisha Government has urged the Naba Nirman Krushak Sangathan (NNKS) to refrain from the state-wide bandh called by it on February 21, a day before the commencement of the annual High School Certificate (HSC) Examination-2019 conducted by the Board of Secondary Education (BSE).

In a letter issued by the Home Department, the State Government has pointed out that the matric examinations will start from February 22, for which question papers and answer sheets will be sent to the respective centres a day before the exam.

This apart, more than 5.5 lakh examinees, their parents and teachers would commute during the period. In view of the larger interest of the students, the government has urged the NNKS to cancel the bandh.

Odisha Govt urged Naba Nirman Krushak Sangathan to desist from going on Odisha bandh on 21st February, a day before Matriculation Exam, which would inconvenience examinees, parents and teachers and disrupt movement of questions papers.

Notably, the NNKS has called for a state-wide bandh on February 21 demanding price, prestige and pension for the farmers. They demand a security allowance of Rs 5,000 per month for the farmers of the state.

It has also sought cooperation from truck and bus associations urging them to keep their vehicles off the road during the bandh. Bharatiya Janata Party said it would extend support to Odisha shutdown call.