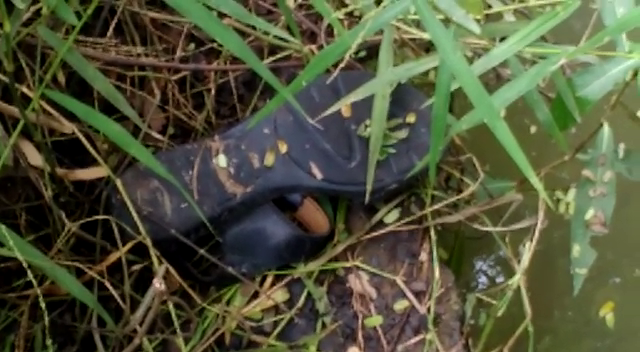 Khordha: The half-naked body of a woman was found floating in Kansari nullah at Dikhitpada village under Banapur Tehsil in Khordha district today.

However, the identity of the deceased is yet to be ascertained since the body has been decomposed.

Though the exact reason behind her death is yet to be ascertained, it is suspected that some miscreants might have killed the woman after raping her and later dumped the body in the water a few days ago. Some locals first spotted the body floating in the nullah with her hands tied and immediately called up police.

On receiving information, a team of police reached the spot and sent the body for post-mortem. An investigation has already been initiated in this connection, said police.