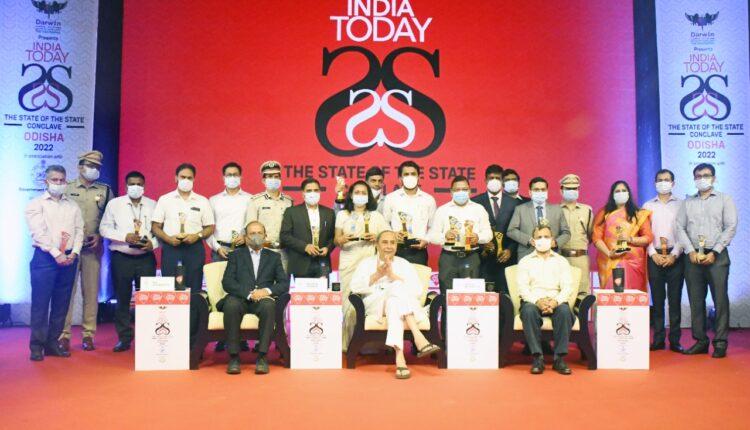 Bhubaneswar: From financial crisis and poverty, Odisha has emerged as a role model in many fields during the past two decades under his government, said Odisha Chief Minister Naveen Patnaik here on Friday.

While speaking at the ‘India Today State of the State Conclave’ event here, Patnaik said: “When I took over as Chief Minister in 2000, the state was going through a severe crisis after the 1999 super cyclone. The finances of the state were in a mess and there was no money to pay even salaries. The development activities had come to a complete halt. In those days, Odisha used to be in the news for all the wrong reasons like hunger, poverty, disasters.”

Patnaik said in the last two decades of his government, Odisha has come out of the crisis situation and has been making rapid strides in development and emerged as a role model in many fields.

“A lot has already been achieved in the last two decades. From a situation of abject poverty and hunger, Odisha is now a leading state in paddy production. We are on a fast track of industrial development. We are top in mining and mineral based industries like steel, aluminum etc.,” he said.

In spite of the Covid pandemic in the last two years, Odisha is among the fastest growing states in the country, said Patnaik.

“It was not an easy journey. We had to overcome many challenges including a strong legacy of political corruption and administrative lethargy in the state. Large parts of the state face geographical and social-economic hurdles,” he stated.

But, with a single-minded focus to fulfil the aspirations of the people of Odisha, we have been working with grit and determination, he said, adding, the people of Odisha appreciate our good governance and reposed their faith in the BJD for five successive terms.

Patnaik said his government’s model of governance is to provide transformational governance with the aim to build a new Odisha. The principles of our governance are best explained in the 5Ts – Transparency, Technology, Team Work, Time and Transformation.

Stating transparency in governance is the most important aspect of his government, the Chief Minister said: “We follow a zero-tolerance approach towards corruption and have been taking exemplary action against such government servants.”

Governance cannot take giant leaps unless there is team work. All parts of the government have to be aligned towards a common goal of transforming the state. Therefore, his government is following the ‘whole of government’ approach especially during the crisis situations, he pointed out.

Whether it is cyclone management or the Covid management, the entire government machinery is involved in tackling the situation, Patnaik said.

Speaking on women empowerment, he said more than 70 per cent of the Zilla Parishad presidents are women. His government ensured that women get more than their fair share in the governance structures and become important members of our team for new Odisha.

“We have built partnerships with sports federations, corporates and sports persons. Together, we established high performance centres and organised national and international tournaments. Due to such partnerships, we could help restore the glory of Indian hockey,” pointed out the Chief Minister.