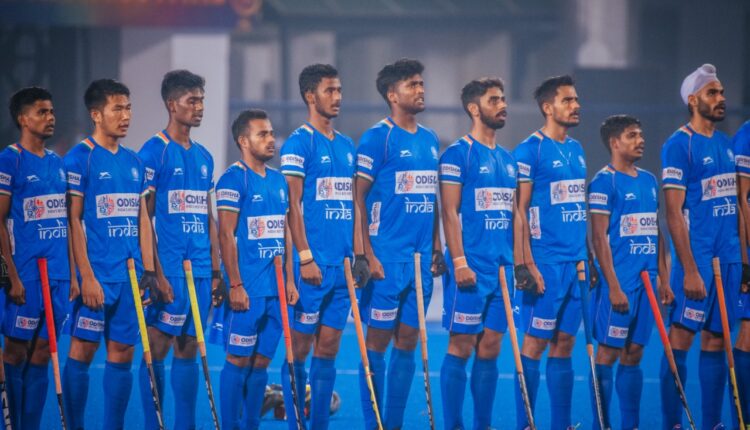 Bhubaneswar: With his boys improving in attack in the defence since their defeat against France, India coach Graham Reid on Saturday expressed confidence that they will be able to beat top contenders Belgium in their quarter-final encounter in the FIH Odisha Hockey Men’s Junior World Cup here on December 1,

Reid said he was pretty happy with the way his boys played in thrashing Poland 8-2 in their last preliminary league match on Saturday.

“I was pretty happy, to be honest, We started well which was the plan to put some scoreboard pressure on them which was good, and we did the same in the second half that also helps. Our press and our defence was a little bit better than in previous days. We had a lot of opportunities tonight and it is always hard to put away so many chances,” he told the media in the mixed zone on Saturday.

About the all-important knockout encounter with Belgium, who topped Pool A with seven points while India finished second with six points behind France (9), Reid said they will utilise the next three days to study their own game and that of their opponents to devise an effective plan to put it across the European giants. The clash will be a repeat of the final of the 2016 edition of the Junior Hockey World Cup when at Lucknow when the hosts defeated Belgium to win their second title at the U-21 level.

Skipper Vivek Sagar Prasad said they will try to avoid getting so many cards in the match against Belgium which helped Poland snatch some initiative in the fourth quarter and score two goals.

He said they will try to do their best against Belgium in the quarter-finals.

“Belgium is a very good team and we will try to do our best against them. We will study their games and prepare our game plan,” he said.