Odisha hosp fire: All trustees to be interrogated, says CP 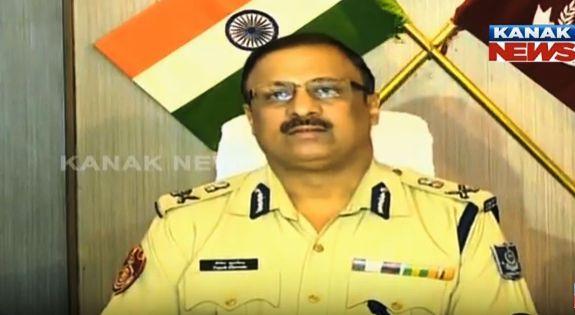 All the trustees of Siksha ‘O’ Anusandhan Charitable Trust, which runs the SUM Hospital where a fire mishap claimed 21 lives, will be interrogated, said Twin City Police Commissioner YB Khurania at a press conference here today.

The senior officials of the hospital will also be interrogated, he said.

“At about 3.30 am today, Manoj Nayak, who is one of the managing trustees of Siksha ‘O’ Anusandhan Charitable Trust, surrendered at Khandagiri police station and was later arrested. A case has been registered under Sections 304 (culpable homicide not amounting to murder), 308 (attempt to commit culpable homicide), 285 (negligent conduct with respect to fire or combustible mat­ter) and 34 (acts done by several persons in furtherance of common intention) of the IPC,” Khurania said.

“Soon after receiving information about the fire mishap on the day of the incident, we had mobilized around 40 PCR vans, informed fire brigade and coordinated with other hospitals for rescue of patients and their admission. After the rescue operation was over, the spot was sealed and placed under police guard,” Khurania said.

“On the following day, the spot was inspected by Fire staff, Inspector, Electrical Safety and scientific team. In course of the day, FIR was lodged by Fire Officer, Central Range basing on which a case was registered at Khandagiri police station under Sections 304, 308, 285 and 34 of the Indian Penal Code (IPC) and investigation was commenced,” the police official said.

“Since the time of registration of FIR, 48 hours hasn’t been completed but five of the accused persons have been arrested. Our investigation is in progress and monitored by senior officers. Important documents have been seized. Statements of witnesses are being recorded. In days to come, we will be able to ascertain the sequence of events leading to this unfortunate incident,” he said.

It may be recalled here that 19 patients undergoing treatment at the SUM Hospital had died due to asphyxiation owing to the massive fire on Monday that originated from the dialysis ward on the first floor and spread to the ICU on the same floor. In the incident, over 100 others sustained injuries and were shifted to various government and private hospitals. With three more relocated patients succumbing, the death toll due to the mishap has risen to 21.