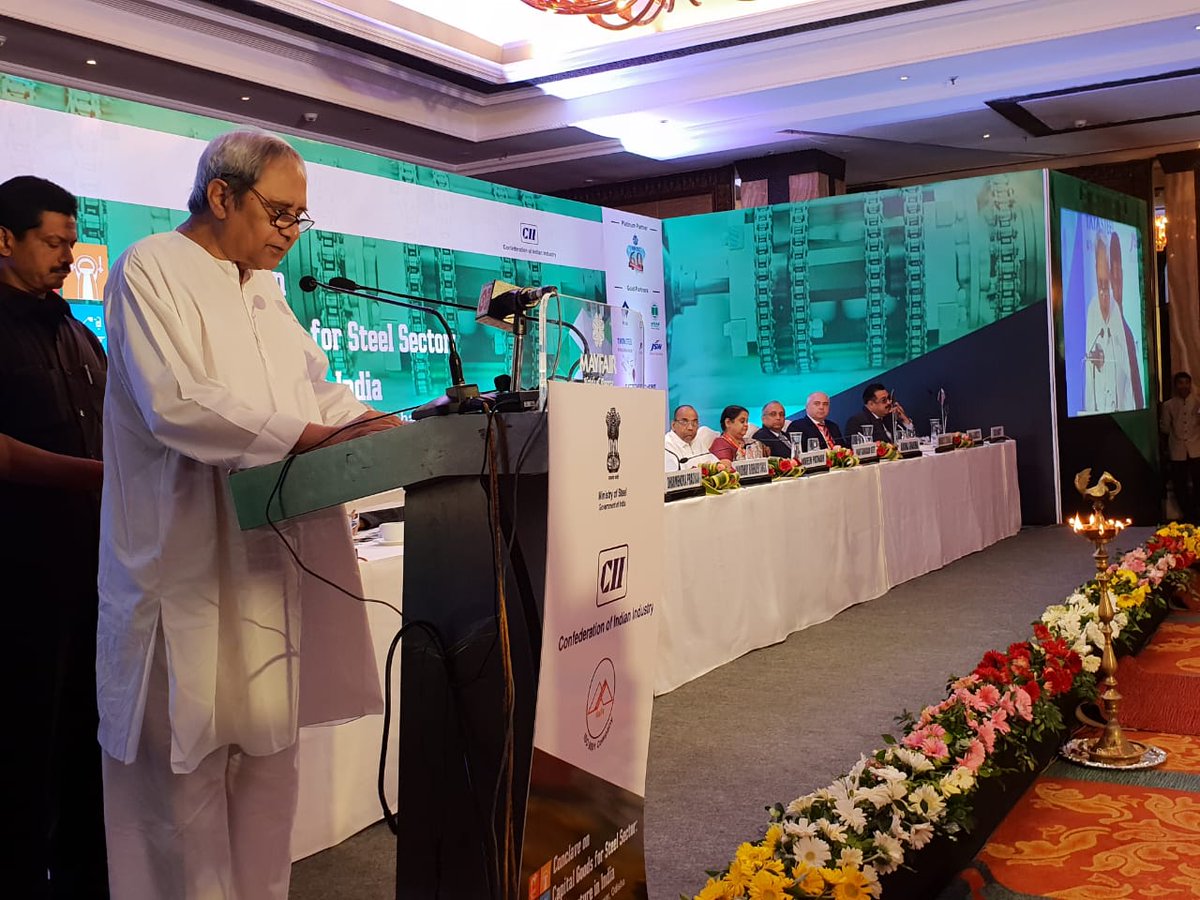 Bhubaneswar: Odisha Chief Minister Naveen Patnaik, while addressing the inaugural session of the ‘Conclave on Capital Goods for Steel Sector: Manufacture in India’ here today, said that the state produces about half of the country’s iron ore, which makes it an ideal location for setting up steel industries.

“Odisha’s natural strength lies in being a mineral rich State. This State contributes nearly 14% of the total mineral production in India. Over the past two decades, my Government is focused on enhancing the production level of the key minerals along with manufacturing of value-added products in the State,” the CM said.

“Odisha has emerged as the major steel hub of the country. Odisha has always been a preferred destination for metal sector investment and to further enhance the downstream eco-system in the steel sector of the State, my Government is bringing out a roadmap ‘Vision 2030’ for development of downstream units with a focus to achieve more than 50% value addition to the primary metal produced in the State. This would become the blueprint for attracting downstream units in the steel sector to the State,” said Patnaik.

“My State is taking significant steps in building the support infrastructure for development of industries. Over the last 18 years, our port handling capacity has increased by tenfold to 190 million metric tonnes (MT) per annum. Power generation capacity has increased more than three fold and road network has increased over 50% during this period which are key considerations for growth of the steel sector,” he added.