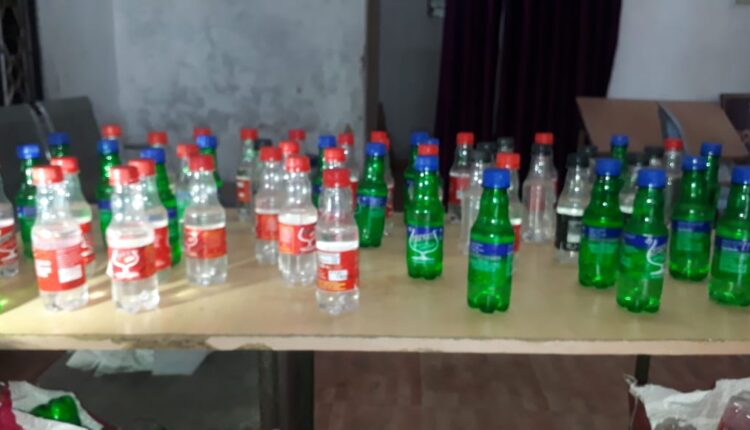 Balangir: Production and sale of illicit liquor continues to be rampant across the state amidst the COVID-19 pandemic with smugglers finding new ways to evade police.

In one such latest incident, a person was arrested by Balangir Town police for selling country liquor in cold drink bottles. Accused Kishore Thela was arrested from his house following a raid today, said police.

On the direction of Balangir SP Sandeep Sampat, police personnel were conducting crackdowns on drug smuggling at various places in the district for the last couple of days.  Acting on a tipoff about Kishore’s illicit liquor trade, a special police team raided his house at Kharselpada today.

During the raid, the police found several 200 ml cold drink and soda bottles filled with country liquor in his house. Kishore used to sell the liquor at Rs 40 per bottle.  The cops arrested Kishore and seized over 40 such liquor filled bottle and many empty bottles from his house.

Further investigation is on to find out the source of the country liquor, said Balangir Town PS IIC Sangram Patnaik.