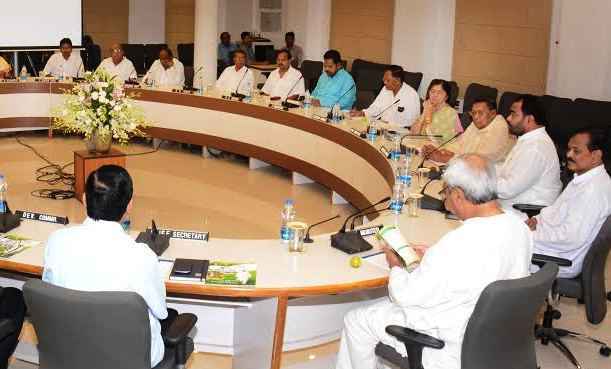 The additional agricultural households will be included during the 2018-19 to ensure that no eligible beneficiary will be left out.

“As the chief minister has announced that no eligible beneficiary under Kalia scheme will be left out, the Cabinet today approved that an additional 10 lakh small farmers/ marginal farmers/ actual cultivators (share croppers)/ landless agricultural households be included in the Kalia scheme during 2018-19,” Chief Secretary A P Padhi told the media after the Cabinet meeting.

Padhi said with the fresh addition the number of Kalia beneficiaries is likely touch 45 lakh from an initial estimation of about 35 lakh farmers.

The State government had launched the KALIA scheme last month to provide financial assistance to the farmers. Accordingly, the state has meanwhile released first phase of assistance to 30.40 lakh of farmers.

According to the Cabinet decision, the cash transfers to the farmers under KALIA scheme to purchase the agricultural inputs will be made on April 1 (for Kharif Season) and September 1 (for Rabi season).

The restructuring will provide scope for at least three promotions to the teachers. New posts of Senior Teacher, Graduate Teacher and Senior Headmaster of Primary Schools have been created and the number of posts of Headmasters of Upper Primary Schools has been increased.

The Odisha Elementary Education (Method of Recruitment and Conditions of Service of Teachers and Officers) Rules, 1997 have been amended accordingly to give effect to the restructuring.

Now, the medical officers will get three assured promotions that are after 7, 14, and 21 years of service from the direct entry level. Such promotions under DACP scheme will be made without linkage to vacancies.