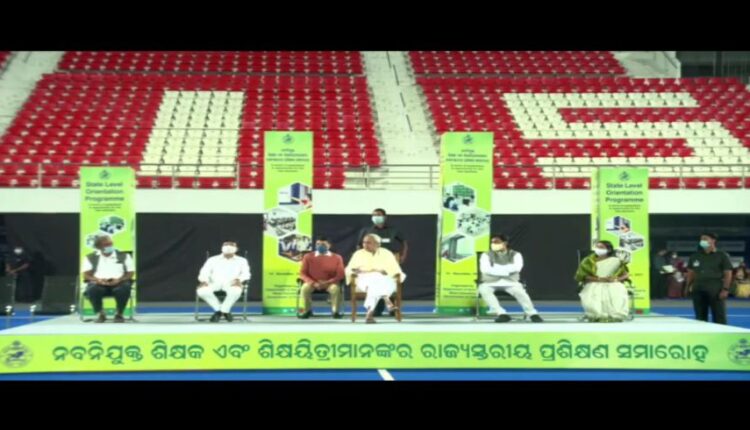 Bhubaneswar: In a significant step in the field of school education in Odisha, the state government today inducted as many as 6131 newly-appointed secondary school teachers, as a part of the ongoing School Transformation programme under the 5T initiative.

Chief Minister Naveen Patnaik welcomed the teachers at an orientation programme held at the Kalinga Stadium here, this evening.

Speaking on the occasion, the CM said, “Teachers are the soul of the education system while students are the symbol of infinite possibilities. Teachers can play an important role in creating interest among students towards studying.”

He congratulated the teachers for choosing the noble profession.

While 1075 schools in the state have been transformed so far in the first phase, all government and aided high schools will be developed in similar fashion in phased manner, he said.