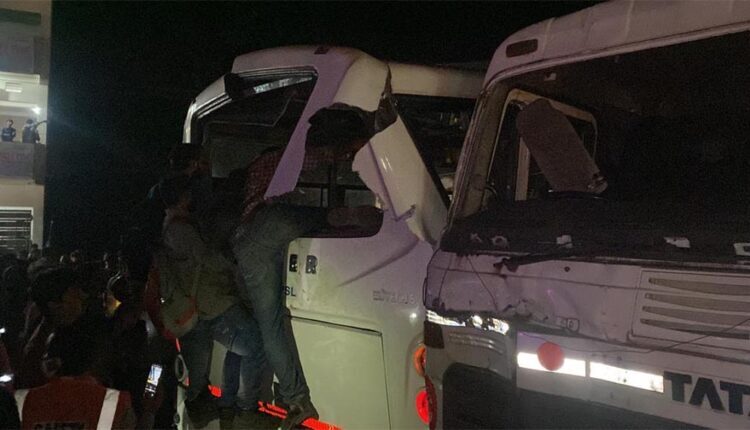 Jharsuguda: Death toll in Jharsuguda road mishap rose to seven as four more persons, who were critically-injured in the accident, succumbed to their injuries at the district headquarters hospital (DHH) here today.

Three persons had died on the spot when a coal-laden truck collided with a bus of JSW BPSL on Biju Expressway near Exon Steel Square at Jharsuguda yesterday.

The deceased have been identified as Rajendra Tiwari, Sher Bahadur, Birkpal Singh, Pankaj Jha, Dhankumar Ray, Rajesh Kumar Singh and Suraj Thakur. The deceased were from outside Odisha and they were working at the JSW BPSL plant at Thelkoloi in Sambalpur district by staying at Jharsuguda, police said.

At least 24 passengers also sustained injuries in the mishap, they added.

According to sources, the incident took place when the bus (bearing no. OD 23 M 8131) was ferrying around 40 employees of JSW BPSL from the Thelkoloi plant to Jharsuguda at around 6.20 pm yesterday.

The speeding coal-laden truck (bearing no. OR 16 G 0950) collided with the bus after hitting a cow on Biju Expressway. A portion of the bus was badly damaged in the collision.

The injured passengers were rushed to Jharsuguda DHH for treatment. However, the truck driver had managed to flee the spot, sources said.