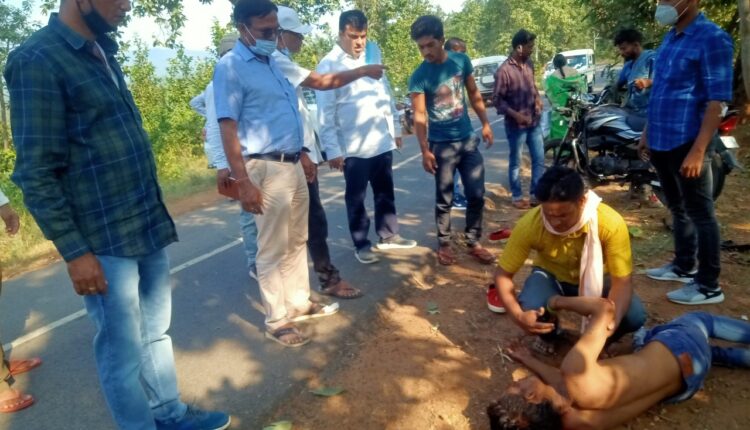 The legislator along with a BDO was going towards Rairakhol to inaugurate several projects. Finding two youths wreathing in pain after being injured in a road mishap near Rangiakhandi under Kisinda police limits in Sambalpur district, the legislator stopped. He arranged the BDO’s vehicle to send them to the Nakatideula hospital. Later the legislator left for his destination.

The injured, Prashant Luha and Bibek Kumbhar from Khandiamunda village were going towards Nakatideula from Kisinda on a motorcycle when the road mishap occurred.

Earlier in the day, another youth was critically injured near Maa Budhi Dhaba on Nakatideula-Rairakhol road. Locals rescued the youth and admitted him to the Nakatideula hospital.