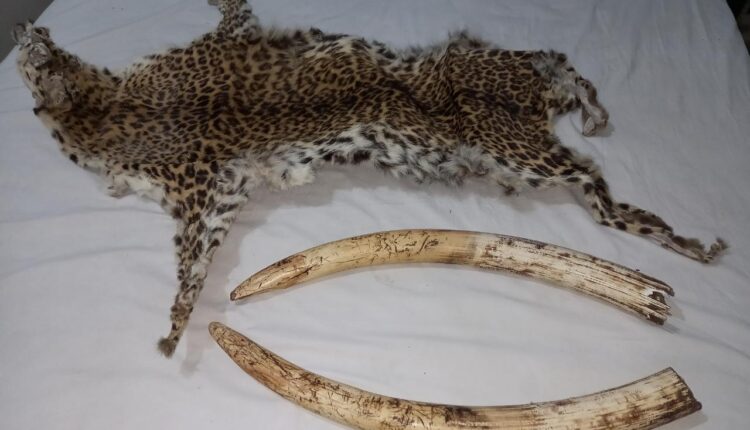 Bhubaneswar: The Odisha Police’s Special Task Force (STF) has seized two elephant tusks and a leopard skin in Keonjhar and arrested three men in this connection, police said on Monday.

After receiving information about the trading of elephant tusks and leopard skin on Sunday, the STF team conducted a raid and arrested three persons, identified as Sekh Hasmati Alli, Chandrakant Dhal and Malaya Kumar Rout, a statement said.

“During search, two elephant tusks, one leopard skin and other incriminating articles were seized from their possession. The accused persons could not produce any valid authority in support of the possession of such elephant tusks and leopard skin, for which they have been arrested and will be forwarded to the court,” it said.

The seized elephant tusks and leopard skin will be sent to Wild Life Institute of India, Dehradun for chemical examination.