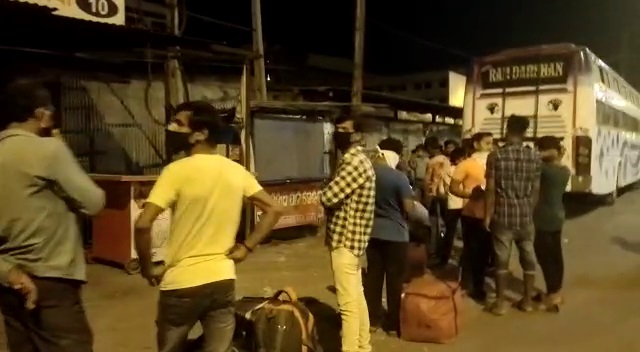 Bhubaneswar: Hours after a triple mutant variant of Covid-19 was detected in many people in West Bengal and other States, the Odisha government today declared a 14-day quarantine for the people incoming from West Bengal with immediate effect.

Odisha Chief Secretary Suresh Chandra Mahapatra said, “Anyone coming to Odisha from West Bengal by personal or hired vehicles or entering the state in any other mode shall undergo mandatory institutional or paid quarantine for 14 days in cluster TMC to be managed by BDO/EO of urban areas.”

However, anyone coming from the neighbouring state produces the certificate mentioning the concerned person’s successful vaccination (two doses) or RTPCR negative test report within 48 hours of entering Odisha will be allowed for a 14-day home quarantine.

“People travelling from West Bengal to other States through Odisha shall be allowed without disembarking from the vehicle en-route inside Odisha,” the Chief Secretary said.

He further stated all passengers coming from West Bengal and alighting at Bhubaneswar or Jharsuguda Airport shall be mandatorily subjected to institutional quarantine or paid quarantine for 14 days at facilities identified /ordered by District Magistrate/ Municipal Commissioner.

The State government directed the Collectors of Balasore and Mayurbhanj districts to set up border check posts on all inter-State roads including national highways along West Bengal border with immediate effect.

“Sarpanch(s)/ Ward Member(s) of PRIs and volunteers shall be mobilised to create awareness in their areas and further report to BDO/Police Station/ Local Authorities about any person coming from West Bengal not quarantined in institutional facilities,” the Chief Secretary added.