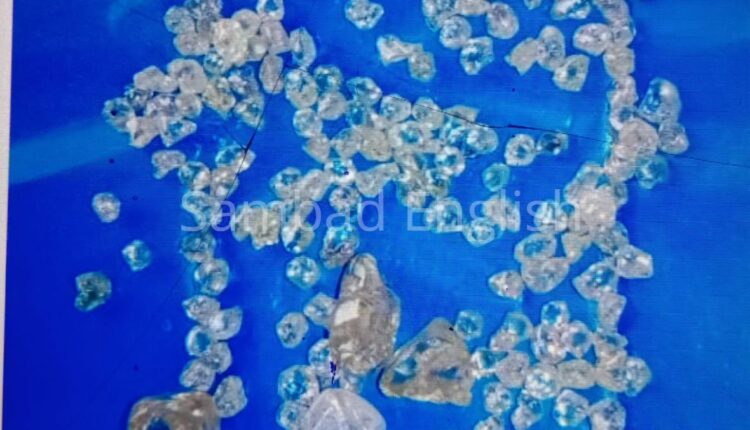 Nuapada: A person of Odisha’s Nuapada district was yesterday arrested in Chhattisgarh for allegedly smuggling diamond. As many as 171 pieces of diamonds have been seized from his possession.

According to reports, accused Nutan Patel (55) of Godal village under Sinapali police limits in the district was travelling on a motorcycle carrying the diamonds sourced from Poilikhand in Chhattisgarh.

Acting on a tip-off, Chhattisgarh police intercepted the two-wheeler near Kaitapadar and recovered the diamond pieces from him. The estimated cost of the seized diamond is around Rs 25 lakh.

Patel has been arrested under relevant sections of the IPC and forwarded to court.