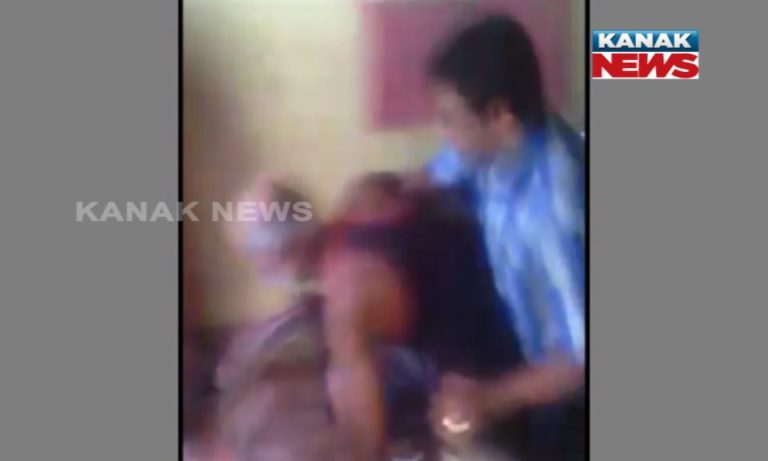 Puri: In an inhuman incident, a man thrashed his father and threw him out of his home in Odisha’s Puri district over an alleged property dispute, police said.

The matter came to light today after a video of the entire incident went viral on social media triggering demand to nab the “insensitive” man.

Sources said the incident occurred in July last year at Kumbharpada area in the holy town.

According to police, a man identified as Subash Tiwari had an argument with his father Kelucharan and in a fit of rage, he started beating him up and then threw the old man out of the house.

The video shows a woman trying to pacify Subash who looks like quite educated but she failed and ended up as a mute spectator as the man went on with his inhuman behaviour.

The wife of Subash had also tortured and thrashed the old man in the past, police added.

Acting on the complaint, the cops have arrested Subash and forwarded him to court later in the day.

“Kelucharan Tiwari had come to our police station complaining his youngest son Subash Tiwari and his wife had been torturing him over property issues. Following this, we have registered an FIR and arrested the husband-wife,” said Kumbharapada Police station Inspector-In-Charge Mrutyunjay Swain.

Meanwhile, many in the locality termed the incident “inhuman” and “shocking” demanding exemplary punishment for the accused.

“Children are supposed to take care of their old parents but this incident shows lack of humanity,” said Chakradhar Mohapatra, a local resident.