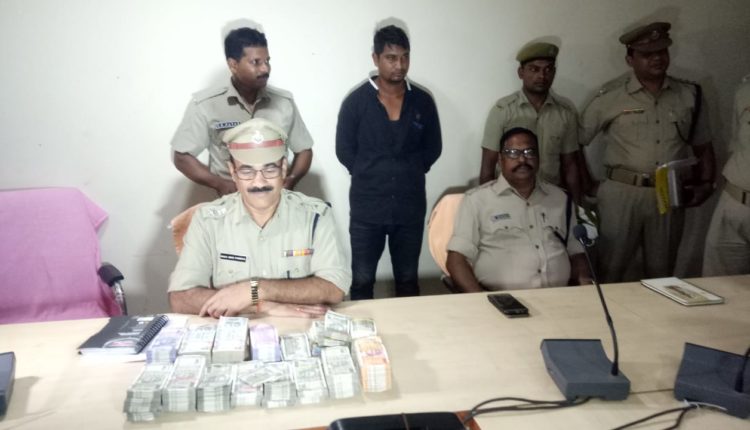 Cuttack: In an apparent bid to throw a lavish marriage party, a youth landed in trouble as he faked a loot of Rs 18 lakh yesterday and lodged a false police complaint in this connection in Odisha’s Cuttack district.

Solving the case, Cuttack police today arrested complainant Santosh Kumar Raj (29) under Sections 409, 420 and 203 of the IPC on charges of cheating, misappropriation of money of the company where he was working and giving false information in respect of an offence.

He was attempting to misappropriate the firm’s money and spend it for his marriage, reports said.

Santosh had yesterday lodged a police complaint alleging that four bike-borne looted Rs 18 lakh from him at gunpoint on NH-55 near Radhakishapur flyover under Khuntuni police limits in Cuttack district when he was carrying the cash after collecting it from various pan masala dealers.

During investigation, he gave pre-fabricated statement to substantiate the allegation. In order to ascertain the truth, a police team conducted search at his house, during which Rs 15,30,000 was found concealed under a mattress, police sources said.

The accused then admitted to have falsely reported the case and disclosed that he had given Rs 2,66,000 to one Rakesh Sahoo, which has also been seized by police. A total of Rs 17,96,895 has been recovered in the case, sources added.