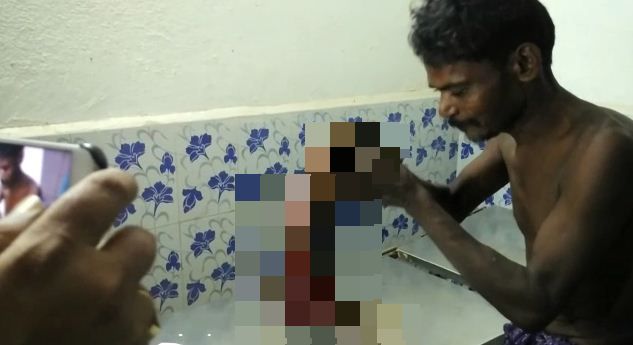 Udala: In a barbaric act, a person allegedly chopped off his wife’s hand at Medam village under Udala block of Odisha’s Mayurbhanj district and surrendered before police with the severed body part.

According to reports, a dispute between Gaya Nayak and his wife Pana Nayak of the village took an ugly turn yesterday afternoon as the former cut the woman’s left hand with a sharp weapon.

While she sustained grievious injuries and was screaming in pain, Gaya took the severed hand of his wife and surrendered at the police station with it.

Police then rescued the woman in a critical condition and admitted her to the Udala sub-divisional hospital for treatment. The accused has been arrested.