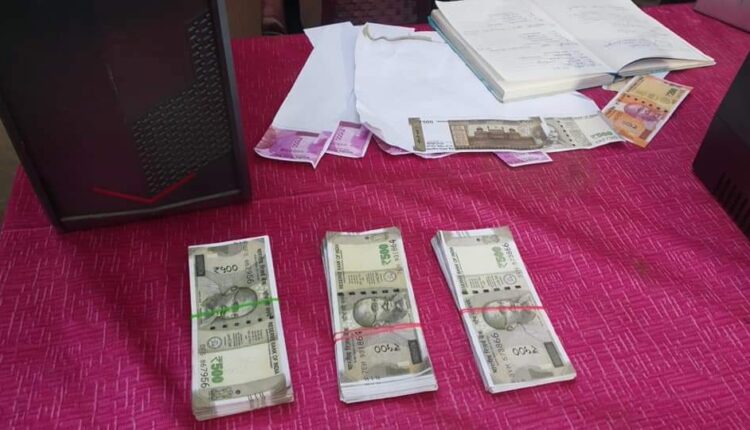 Nayagarh: A youth walked into a two-wheeler showroom in Odisha’s Nayagarh and tried to buy a sports bike with counterfeit notes. However, he was arrested for the unlawful act.

The 42-year-old youth identified as Dibyaranjan Hota, a resident of Kasko under Khandapada police limits, inspected the entry-level sports bikes in a showroom at Durgaprasad. After inquiring about the features, the youth settled on one which is valued over Rs 1 lakh.

The staff of the showroom initiated the paperworks and other formalities for sale of the vehicle. When he was asked about the payment mode, he replied to transact in all-cash.

The conman confidently handed over the ‘home-made’ notes of Rs 1.30 lakh which were of Rs 500 denomination. However, the showroom staff were quick to sniff out the fake notes owing which they informed the local police.

Notably, all notes except Rs 5000 were fake.

Acting swiftly on the complaint, Town Police raided the rented house at Rajabagicha Lane here.  Police seized a computer, printer, half printed currency notes, soiled notes and other materials used in the printing of counterfeit notes.

The accused has been arrested and further investigation has been initiated.

“Two persons had reached Utkal Automobiles showroom in Nayagarh to buy a two-wheeler. The sales personnel identified the cash transacted to be fake. The two tried to flee the spot. However, they were nabbed. After raid at rented house, printer, computer and other things have been seized. We are trying to verify the complicity of the person accompanying the prime accused,” Nayagarh Town PS IIC said.