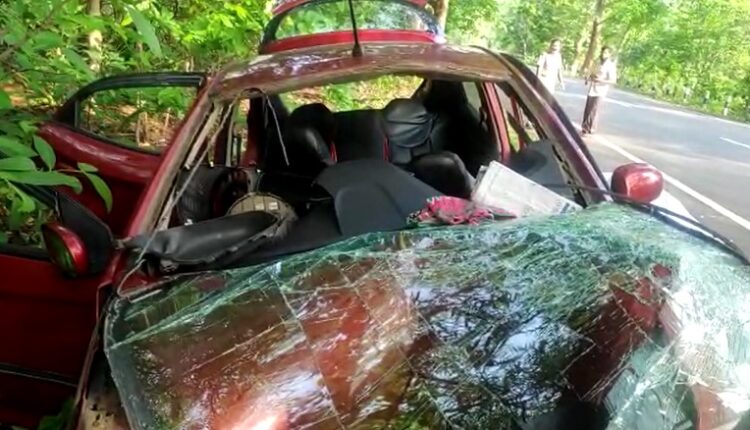 Boudh: In a tragic incident, a man and his wife died in a car crash in Puranakatak area in Boudh district while rushing to meet his ailing father in Rourkela today.

The deceased persons have been identified as Surendra Nayak and his wife Namita Nayak of Mandar village under Belaguntha Block in Ganjam district.

One more couple has been injured in the incident. They were Bhagaban Kampa and his wife Rina Kampa.

According to reports, five persons including Surendra Nayak and his wife were travelling to Rourkela from Ganjam district in a car in wee hours of Wednesday after getting information about their father’s illness. On the way near Jhadrajing under Purunakatak police limits, the vehicle hit a tree on a roadside after the driver lost his control over it.

While Surendra and his wife died on the spot, three others sustained critical injuries in the accident. The identity of one victim is yet to be ascertained.

On receiving information, a 108 ambulance reached the site and took the injured persons to a healthcare centre at Purunakatak. After primary treatment, they were shifted to the Boudh District Headquarters Hospital.

The Purunakatak police recovered the bodies and initiated probe into the incident.

Odisha to lift lockdown restrictions in few districts after June 17!