Odisha MLA thrashes engineer for not awarding contracts to his men 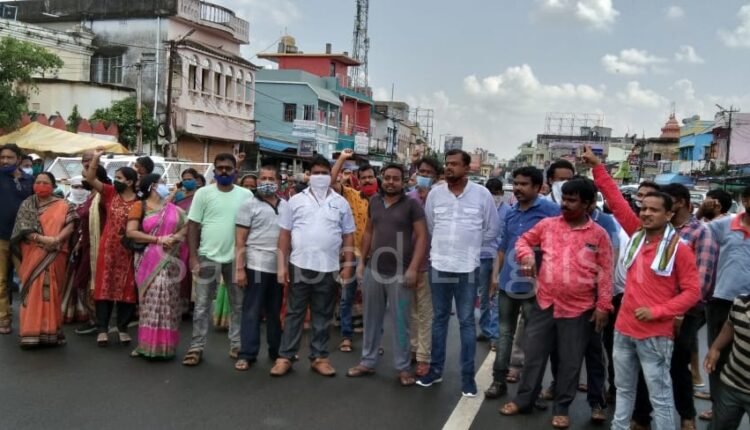 Baripada: BJP MLA from Baripada Prakash Soren landed in trouble as an Assistant Executive Engineer has alleged that the legislator thrashed him for not awarding contracts to the former’s party men.

As per a complaint lodged by Ganapati Jena, Assistant Executive Engineer, ITDA, Baripada with Baripada Town Police, the MLA asked him to meet at the Circuit House here yesterday evening. As Jena reached the place, Soren took him inside a room and questioned him as to ‘why works are not given to his party workers’ and ‘why works have been executed by BJD workers’.

The legislator also asked the engineer as to why Jena was not giving any money to the MLA during the last one year, the complaint said.

Jena further alleged that though he tried to answer Soren’s questions, the MLA scolded him using abusive languages and kicked him on abdomen and chest besides strangling him. The MLA also directed a person present at the spot to thrash the engineer, the complainant alleged.

As the victim was leaving the place after sustaining injuries in the assault, Saroj Khuntia and Assistant Engineer Santosh Kumar Das, who were standing near the gate, scolded him, he added.

Acting on the complaint, police today detained MLA Soren and his two associates for questioning. Opposing the detention, supporters of the legislator staged a road blockade in front of the police station.

On the other, Jena was initially admitted to the PRM Medical College and Hospital here for treatment and later shifted to a private hospital in Bhubaneswar.