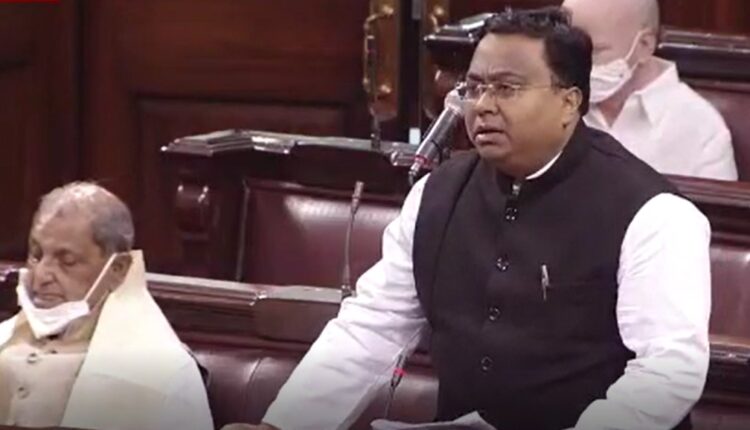 Speaking in Odia, the Biju Janata Dal (BJD) MP urged the Centre to meet the target in Kharif season this year.

“Odisha is the fourth highest contributor of foodgrain to the Central pool. The State consumes around 24 lakh MT rice every year. There is a need to procure around 30 lakh MT rice from Odisha through Food Corporation of India (FCI) during Kharif season,” Patra said in the Upper House.

Raising the need for immediate evacuation of surplus rice from Odisha, he said, “Only 6.65 lakh MT rice has been procured by the FCI from the State by March 13, 2021. If the same process continues, the rice procurement target could not be achieved during Kharif season this year.”

Speaking on payment of pending subsidy for rice procurement, Patra said that Centre reimburses the provisional and advanced subsidy to Odisha State Civil Supplies Corporation after it procures foodgrain from farmers. However, the State is yet to receive the subsidies of Rs 5616 crore from the Central Government.

The parliamentarian appealed to the Centre to expedite its process to procure 30 lakh MT rice in this Kharif season. He also urged the Government to take steps to release the pending subsidy of Rs 5616 crore.