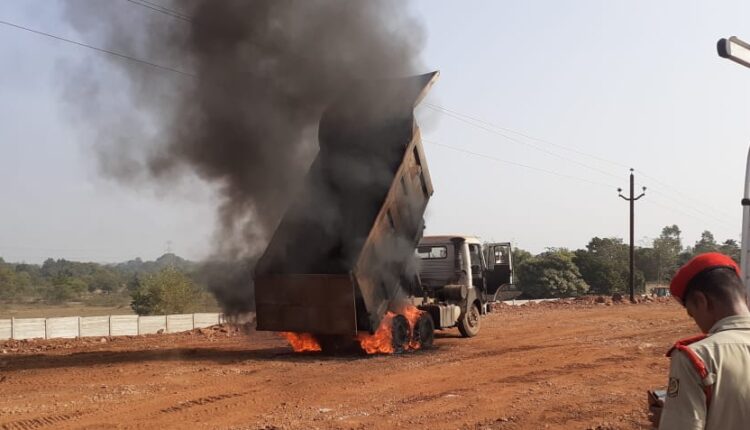 Sundergarh: The driver of a hyva truck was narrowly escaped when the vehicle caught fire after coming in contact with a 33 KV live wire on the premises of  a cement factory in Kutra police station area in Sundargarh district.

According to reports, an empty truck parked inside the factory came into contact with a low-lying 33 KV live wire while the driver was lifting its cargo bed. Soon after the vehicle caught fire, the driver jumped off the vehicle saving his life. However, the truck was gutted in the fire.

Later, a firefighting team was pressed into service.

Kutra police also reached the spot and began an inquiry into the incident.

12 arrested for attacking police during crackdown on gambling in Odisha