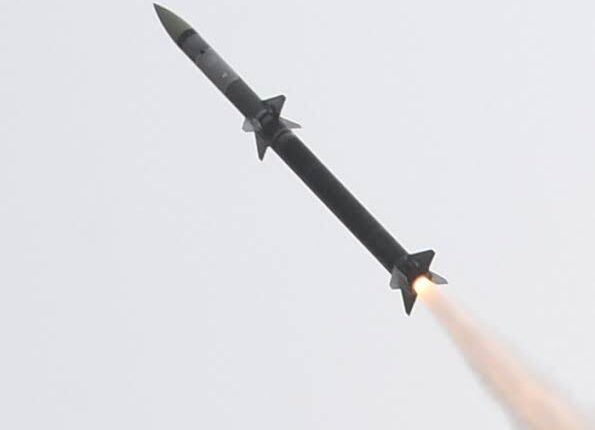 Balasore: The new generation version of surface-to-air Akash missile– Akash NG– was toady test fired from the launch pad no. 3 of the Integrated Test Range (ITR) at Chandipur in Odisha’s Balasore district at 12.44 PM.

The indigenously developed medium-range nuclear-capable missile of DRDO has a target range of 70 km.

The missile was test fired for the first time in January and second time in March.

It has been targeted to induct the missile into Defence service by 2023.