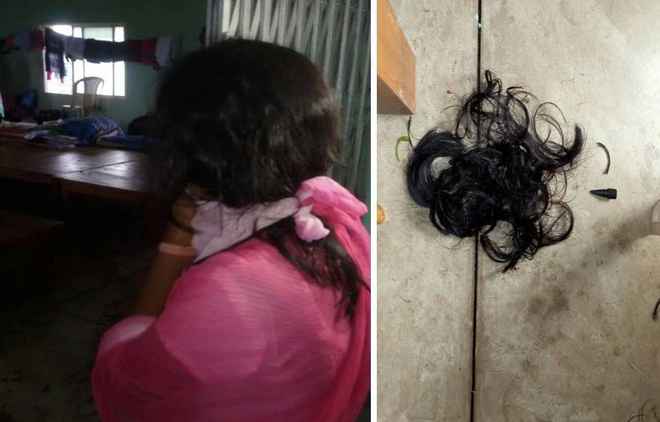 Sambalpur: In a queer case of ragging in a private nursing school in Odisha’s Sambalpur district, fellow boarders in the school’s hostel allegedly cut a student’s hair while she was sleeping and smeared ink on her face.

According to reports, a student from Kuchinda who was undergoing ANM training at Koshal ANM & GNM Training School, Dhanupalli after waking up from her sleep in the hostel today found to her utter dismay that somebody had cut her hair and smeared her with ink.  However, it’s not yet clear who were responsible for the act.

Following the shocking discovery, the student informed her family members and relatives about the incident who later reported the matter at Dhanupalli police station.

Police in the course of their inquiry has detained the principal and an employee of the school.