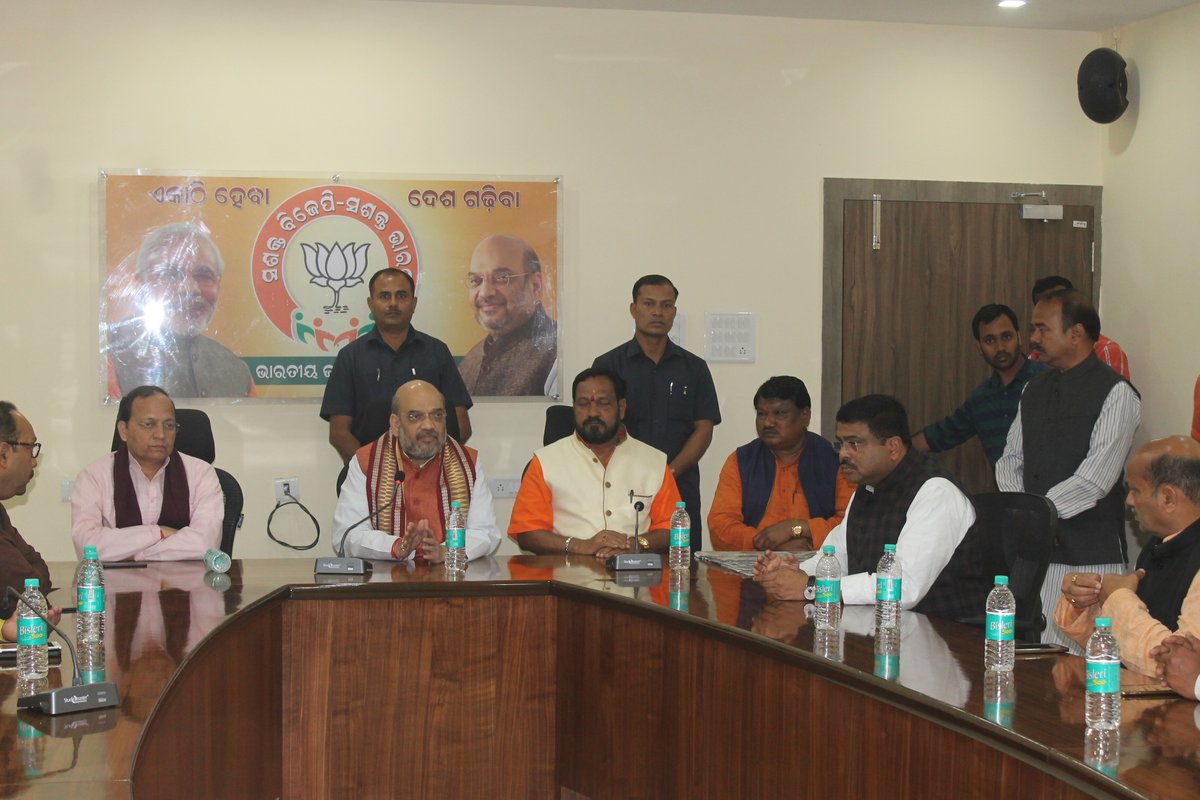 BJP President Amit Shah, who was on a day-long tour of Odisha, today reviewed party’s panchayat poll preparedness in a closed-door meeting at the state headquarters here.

According to Odisha BJP leaders, Shah expressed his happiness over the high volume of nominations filed by BJP supported candidates and provided strategic inputs to the state unit leaders for better poll outcome.

“He spoke to us about the panchayat polls. His suggestions will certainly be of help to us. We are hopeful that the poll outcome will be on our expected lines,” said BJP leader and Union Tribal Affairs Minister Jual Oram.

“There was no specific agenda for the meeting. However, as the national president of the party, he guided us on BJP’s future approach towards BJD and discussed strategies for the approaching panchayat elections. It will certainly enthuse the party workers,” said Union Petroleum and Natural Gas Minister Dharmendra Pradhan.

Reiterating the high priority of Odisha among BJP’s scheme of things for the 2019 polls, Shah asked party workers to consider panchayat polls as a mid-term check and toil harder to ensure BJP’s victory.

He was also apprised of the recent Vigilance raids conducted at a gas agency owned by Dharmendra Pradhan’s brother Soumendra Pradhan.

Moral education to be made part of syllabus, says RSS chief in Odisha