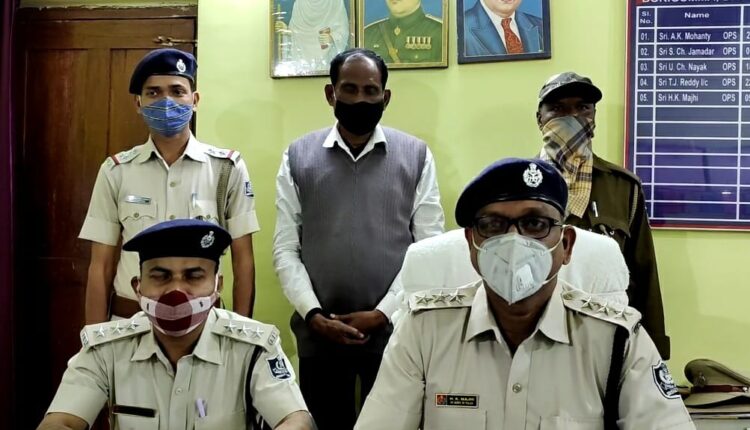 Borigumma: In a major breakthrough, the Borigumma Police in Koraput district arrested the mastermind of an inter-state fraud racket for allegedly duping people of lakhs of rupees.

Borigumma SDPO, Harekrushna Majhi said the fraud racket’s mastermind, Abdul Taijudhin had been defrauding people through its shop Raja Traders located at Hatapada in Borigumma. With the promise to provide branded household items at 50% discount, Abdul had taken lakhs of rupees as advance from the residents of Borigumma. When people gathered around Raja Traders at Hatapada and demanded their money back after realizing they have been defrauded, Abdul remained absconding.

Based on a complaint filed by one Adi Narayan from Borigumma, police registered a case and sealed Raja Traders later.

During the course of investigation, the Borigumma Police came to know about the mastermind of the racket. In the meantime, Abdul set up another shop in Shakti town of neighbouring Chhattisgarh and duped people in similar fashion. Acting on reliable information, the Borigumma police raided the shop and nabbed Abdul.

The police official added Abdul had duped 35 persons in Shakti town of Rs 63,000 before his arrest in past few days.

Four others involved in the fraud racket are still at large and manhunt has been launched to nab them, the police official stated.