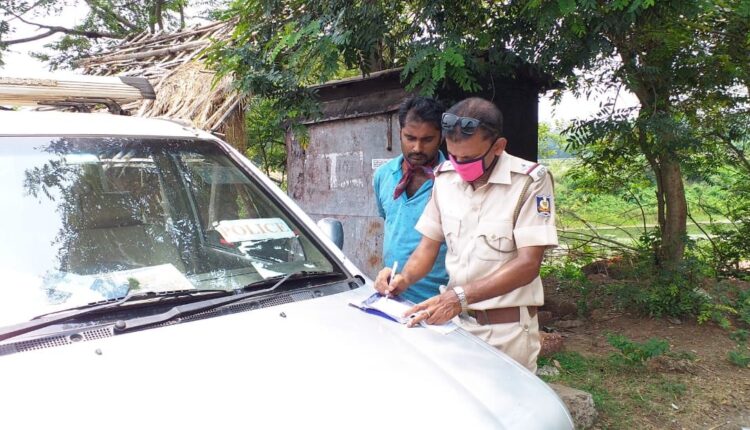 Bhubaneswar: Odisha Police has collected a sum of Rs 1.25 crore as fine from people caught in public places without face masks across the state, a top police officer said on Friday.

While participating in the meeting, the DGP informed that Odisha Police has collected Rs 1,25,84,180 from people over violation of the mandatory mask use norm.

The state government has made wearing of mask compulsory. It increased the fine amount for offenders from Rs 200 to Rs 500. The penalty amount was also increased to Rs 1,000 after two repeated violations on mask use, the official said.

The DGP also said that Rs 11,74,350 has been collected from people who violated the social distancing norm and Rs 1,03,800 from offenders of night curfew norms imposed by the state government. The police have also collected a penalty of Rs 3,000 from violators of the week-end shutdown norms imposed in 11 districts, the DGP said.

He said apart from doing its regular duties, the Odisha police personnel are also engaged in creating awareness among the people on mask use, social distancing, and repeated hand washing practice. While implementing a directive issued by the chief minister on “zero walking inside Odisha for inter-state migrants”, the DGP said the police undertook 524 trips in different vehicles to transport as many as 24,587 people and dropped them at different border points. The police personnel also provide security to 8002 temporary medical camps set up by the state government to lodge the migrant workers returning from different states since May 3. As many as 5,22,148 people have returned to the state by June 11.

Dhabas in Odisha to remain open during night curfew, shutdown