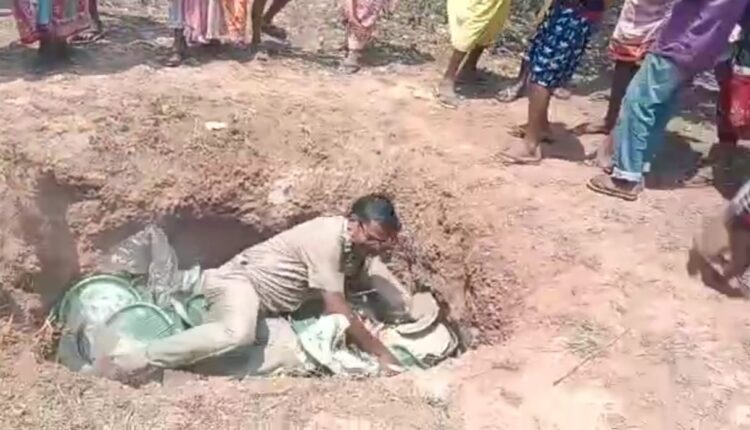 Jeypore: The Koraput Police has detained two persons on charges of attacking an Inspector of the Nandapur police station on Sunday.

Nandapur SDPO Sanjay Mohapatra informed the two detainees are being questioned about the incident. More people will be arrested who are involved in the attack on the Inspector.

A team of police officials led by the Nandapur Police Station’s Inspector Prafulla Lakra yesterday visited the site under Lamataput Tahsil where mining of rare kaolinite were being carried out. Seeing the police personnel, locals attacked the cops. Some villagers even pushed Lakra into a pit.

Residents of three villages under the banner of the Khadimati Surakshya Samiti have been opposing the mining of rare kaolinite for past several years.

Eid Mubarak 2022 Wishes, Messages to greet friends on this occasion