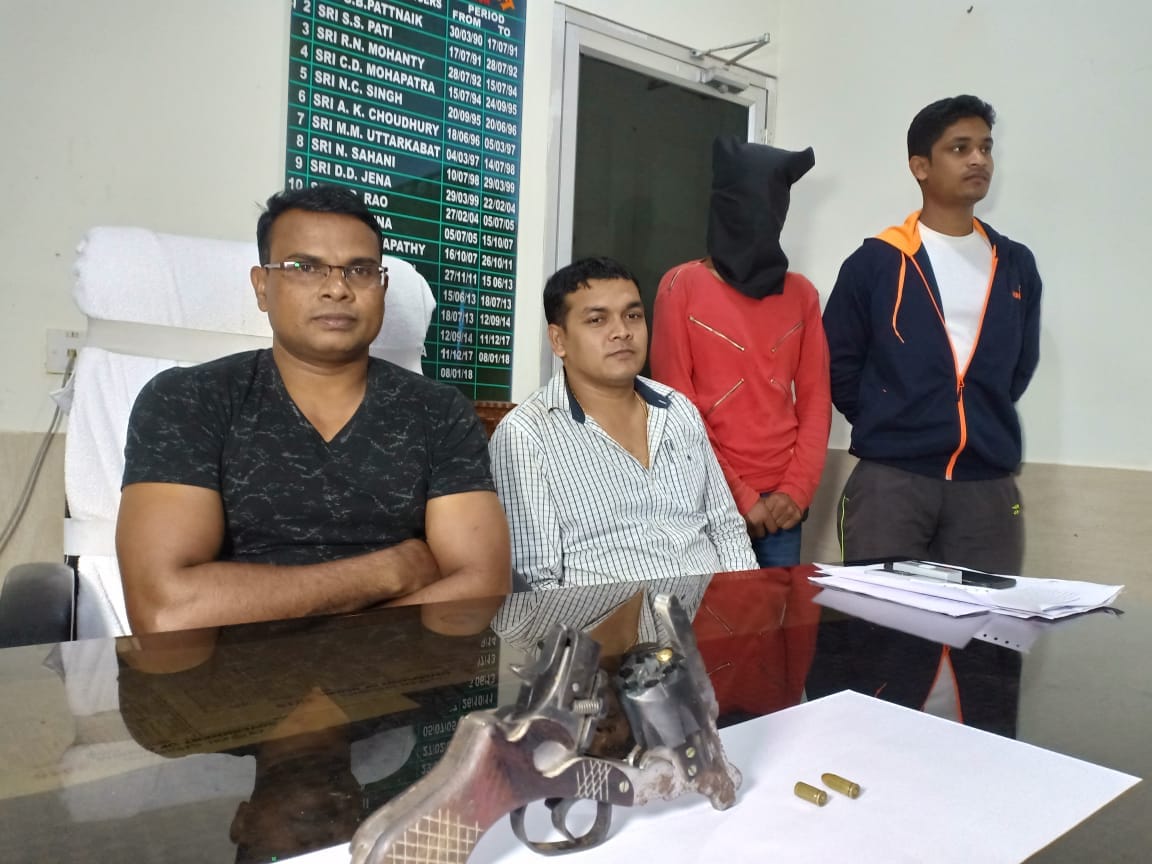 Jeypore: A notorious criminal was arrested following an exchange of fire with police near Purunagarh bypass in Jeypore of Odisha’s Koraput district today.

The arrested criminal has been identified as Shiva Shankar Panigrahi alias Jitu Kana.

According to police sources, acting on a tip-off about the movement of Jitu near the bypass, a team of cops, which was patrolling in the area, tried to intercept him around 4.45 am.

Jitu, who was travelling on a motorcycle along with his associate, opened fire two rounds of bullets at the policemen in a bid to escape. He was later caught by the cops during retaliation. However, his associate managed to flee from the spot with the two-wheeler.

Though no one from either side was injured in the incident, a bullet fired by the criminal hit the police vehicle resulting in minor damage.

Police have seized one country made revolver, two fired cartridges and a live ball ammunition from the possession of Jitu.